Govt may review sale of alcohol at grocery stores

KUALA LUMPUR: The Housing and Local Government Ministry said there was a need to review existing regulations that allowed alcohol to be sold in grocery stores.

According to Deputy Housing and Local Government Minister Datuk Seri Ismail Mutalib, this was because the sale of alcohol in grocery stores brought about more negative than positive effects on society.

“This was because it brought about more negative effects than positive effects to society, ” said Ismail, who was responding to Datuk Mohd Aziz Jamman (Warisan-Sepanggar), who had asked whether the ministry would review the sale of alcohol in grocery stores.

At the same time, Ismail said the ministry had issued a letter dated June 9 to inform all state governments to identify premises selling alcohol and to beef up enforcement on the sale of liquor.

“This is to address the negative effects of drinking alcohol on society, ” he said.

Ismail said the ministry, through local councillors, was in charge of issuing business premise licenses to sell alcohol after requirements set by the state government, police and the Customs Department were met.

Ismail also said that in terms of religion, Islam had clearly stated that alcohol was haram and Muslims were forbidden from consuming it.

“I’m also confident that other religions are the same, which did not agree to the adverse effects that affect society, such as deaths arising from drink-driving.”

Shaharizukirnain Kadir (PAS-Setiu) subsequently asked whether the government would set up a special task force to address the issue, which he said was similar to a previous team set up by the government to address drug addiction.

In response, Ismail said the government viewed seriously the proposal to set up a special task force to address the issue of alcohol consumption.

Last July 14, Selangor became the first state in Malaysia to ban smoking, drinking and vaping in parks and playgrounds.

Offenders face up to RM1,000 in fines if caught with any of the offences., according to the Selangor local councils Park Bylaw 2005. 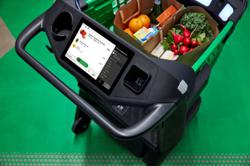 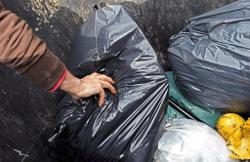