PETALING JAYA: The government should make wearing face masks compulsory and impose heavy fines on those who don’t.

This was the consensus of many Malaysians who commented on the idea of making wearing face masks compulsory in public areas.

A poll was done on The Star’s Facebook page -- which has over 1.2 million followers -- and was engaged by more than 15,000 Malaysians.

On Monday, Prime Minister Tan Sri Muhyiddin Yassin during a special address to the nation stated that the government is considering making it compulsory for people to use face masks in public places.

“Better safe than sorry. Please do not take this lightly as this is very crucial during this critical time, ” Facebook user Wai Keng said.

She continued to say that she had noticed parents who did not make their children wear masks when out in public areas.

“There were a few cases where the parents were wearing masks but not their kids. Please do not take this lightly, ” she said.

“We’re saying we want everyone to be safe. By wearing a mask, it’s not just about ‘me’ but about everyone else as well.

“This is a deadly infection we’re facing and it shouldn’t be taken lightly, ” she added.

“It is up to us, it is in our hands, ” was also the sentiment shared by many Malaysians.

“Self-discipline is the answer. The ministry has done its best, now we should adhere to instructions.

“The situation will not get better if we continue to disregard (the rules), ” said user Mohd Nizam.

“It should have been compulsory from the start, ” user Mariam Osman added.

Some even added that the government should also lower the price of face masks, deeming it a “financial burden”.

“I support the idea, but the government should make it more affordable. Paying an average of RM37.50 per month per individual for face masks is a bit of a burden for the rakyat, ” Facebook user Ata Adnan said.

Kien Nam Yam shared Ata’s sentiments, saying that the government “may need to standardise or control” the prices of face masks.

While most Malaysians agree with the idea, some suggested that heavy fines should be imposed on those who “break the rules” or do not adhere to the standard operating procedure (SOP).

“Yes (the government should make wearing face masks compulsory) and also have big fines for those who do not, ” user Taranvir Singh said.

The Prime Minister did not set a date for when the decision will be made but stated that details will be announced when they are finalised.On Tuesday, The Miri City Council launched a public campaign to publicise the new norms.

Mayor Adam Yii said the council is set to enforce the new norms as extensively as possible.

“The new norm of wearing a face mask, social distancing and personal hygiene measures will be given comprehensive coverage in Miri, ” he said.

“These new norms will be implemented in all retail shops, shopping complexes, food-premises, markets and also all public gathering places.” 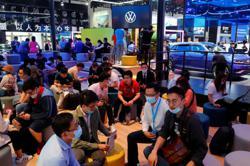 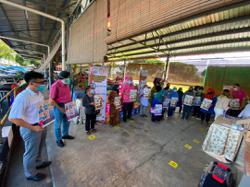