Utusan and Kosmo! make a comeback

KUALA LUMPUR: The country’s oldest Malay-language newspaper, Utusan Malaysia, and its sister publication Kosmo!, which stopped publication more than nine months ago, have made a comeback.

Officially launched on Saturday and now under Media Mulia Sdn Bhd, the tabloids are each priced at RM2.

Media Mulia managing director and group editor Mohamad Azlan Jaafar said the newspapers would strive to restore readers’ confidence as a reliable disseminator of information and inculcate the proliferation of ideas.“Accountability is the guide in every report – credibility is the cornerstone of operations.

“Our commitment is to develop a national newspaper that brings aspirations of every Malaysian, ” he said through the “Minda Pengarang” column in the newspaper yesterday.Mohamad Azlan described the re-emerging of both newspapers, while the country’s media and publishing industry were in a difficult period, as a star’s ray in the dark night.He also hoped that readers would see each newspaper report as just that and not as if it was driven by a specific agenda.

“Respecting differences of opinion is at the core of a dynamic democracy and the only way to form a knowledgeable Malaysian society is by being exposed to various perspectives and helping to form one’s opinion based on facts and not emotions, ” he said.

On Kosmo!, he said the newspaper still retained its original features, but at the same time combining various new elements to cultivate an interest in reading, especially among young people, such as e-sports and motoring.

He said many more innovations would be introduced in Kosmo! daily and continuous improvement would be carried out to ensure that the newspaper remained relevant to readers from all levels of society across the nation.

In a posting on its official Instagram account, Istana Negara said the King expressed his hope that both newspapers would bring journalism and Malay newspapers to a higher level.

The King also hoped both newspapers would continue to bear witness to the country’s history and promote the right of speech.

The posting said the newspapers could play a role in nation-building besides recording the development of the country. 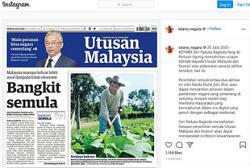 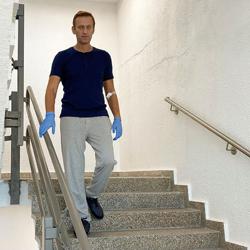