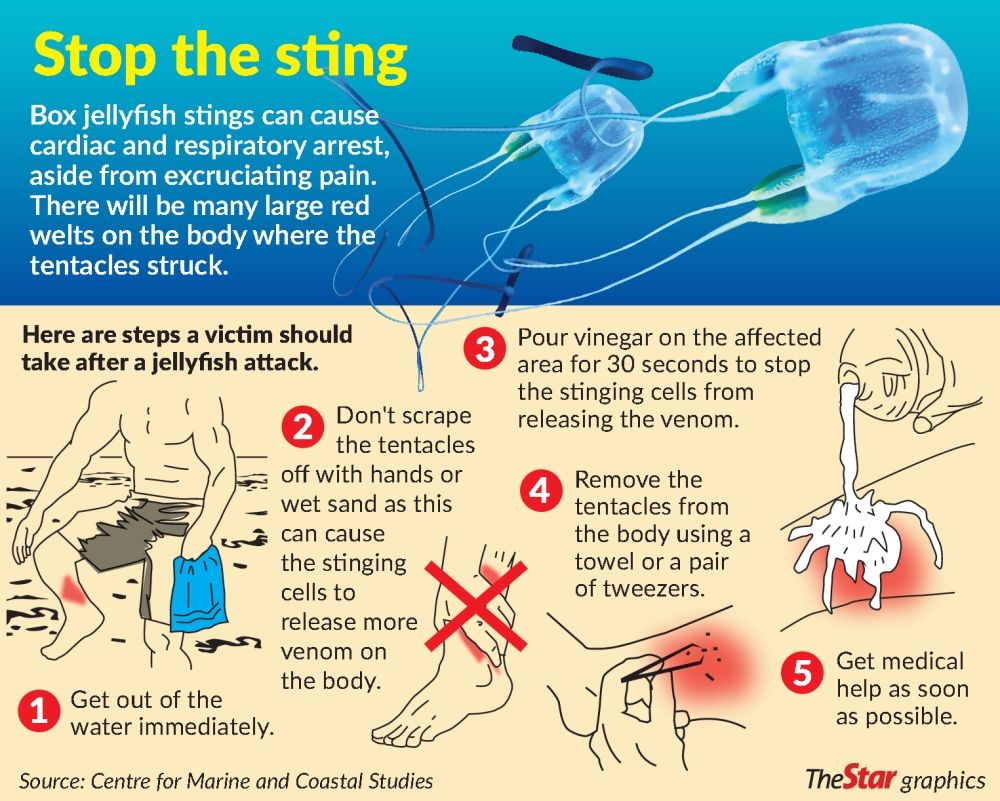 GEORGE TOWN: For the first time, the deadly Morbakka box jellyfish have been found breeding in the Balik Pulau mangrove swamps.

Recently, a young girl had to spend four nights in hospital after being stung by one.

Live samples of the potently venomous box jellyfish have been sent to the Centre for Marine and Coastal Studies (Cemacs) in Teluk Bahang, which confirmed they were juvenile Morbakka jellyfish.

Fisherman Wan Mohizan Wan Hussein, 54, said he had seen adult box jellyfish off Sungai Burung in the past but this year, he caught juveniles in his shrimp net.

“I picked them out of my net carefully, put them in a pail and sent them to Cemacs scientists alive, ” he said.

Wan Mohizan, who was The Star’s assistant chief photographer before his early retirement, said the sting of a box jellyfish was not the same as normal jellyfish.

“When they are caught in my net, their tentacles break off and my hand sometimes come into contact with them. They still sting even when separated from the body.

“Even stung slightly, I can feel burning pain. The venom seems to go deep into me. I would feel weak in the bones by the end of the day. When I am stung by a normal jellyfish, I only felt terribly itchy, ” said Wan Mohizan.

But for a 12-year-old girl stung squarely in the arm by a box jellyfish, it was days of agonising pain.

Myra Hanisha Mazri was playing by the beach at Pantai Bersih, Butterworth, on June 28 when her left forearm suddenly burned with a searing pain.

“I was watching her. She was just at the edge of the water and she suddenly ran towards me, gripping her left forearm.

“She said something bit her, ” her father Mazri Ishak, 47, said.

He looked at her forearm and saw angry red lesions. Then her face turned red too.

“She was in so much pain, I cried and panicked. I had never seen her suffer like that, ” said Mazri, a factory worker.

Myra Hanisha began trembling and when her father gave her some water to drink, she vomited right away.

Mazri then rushed her to Hospital Kepala Batas, which was nearer to their home as her condition worsened.

“The doctor said they had to transfer her to Hospital Seberang Jaya because she needed a heart monitor.

“I was shocked. I was so afraid she would die, ” said Mazri.

After four nights, the hospital allowed her to be discharged.

Mazri said her daughter was now recuperating at home.

“She is still itching all over, especially the forearm where she was stung. The hospital gave us an ointment and we regularly apply it on her from head to toe, ” he said.

He urged the government to put jellyfish warning signs at all public beaches where people go swimming.

“I don’t want anyone to go through the pain my daughter faced. The authorities need to warn beachgoers, ” he urged. 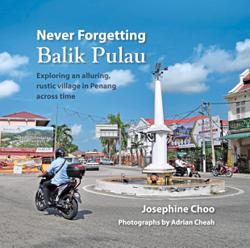