Among the areas affected on Saturday (July 18) was a popular satay outlet. A video of waters rushing through the premises was also shared online.

Selangor Fire and Rescue Department assistant director (operations) Hafisham Mohd Noor confirmed the incident but said the department did not receive any emergency calls about it.

"We did receive a call from a homeowner in the area requesting for help to pump water out of his home after it was affected by the flash floods," he said.

Floods were also reported in other areas such as Kg Sungai Jernih, Kg Asrah, Kg Batu 14, Taman Muhibbah as well as areas around Jalan Reko, Sg Chua and Sg Jernih.

According to data on Public Infobanjir website by the Irrigation and Drainage Department, rain caused water levels to rise to danger levels in Sg Langat and Sg Klang.

Meanwhile, department personnel in Kuala Lumpur also attended to a landslide in Kampung Palimbayan, Sungai Penchala after receiving a call at around 7.30pm.

A team from the Taman Tun Dr Ismail Fire Station was sent to the scene and managed to evacuate residents in three houses there.

There were no victims involved.

KL Bomba responds to reports of fallen trees due to storm 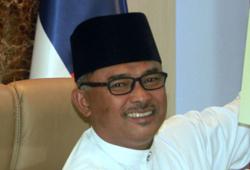 At least 11 injured, 17 houses demolished by heavy rain in Tanzania