PETALING JAYA: Malaysians have been cautioned against activities seen as “high risk” amid the increasing number of business and leisure events allowed to resume in the recovery movement control order period.

She said playing “distanced” outdoor sports such as tennis and golf as well as grocery shopping were rated as medium-low risk.

In the absence of fixed guidelines on a risk index for Covid-19, the Texas Medical Association, a non-profit organisation in the United States representing medical professionals, listed 37 activities and categorised them from low risk to moderate-low, moderate risk, moderate-high and high risk.

Activities considered high risk, among others, are eating at buffets, working out at gyms, going to a cinemas, bars, amusement parks or sports stadiums, as well as attending religious services with more than 500 worshippers.

Pumping petrol, playing tennis and getting restaurant takeout were considered low-risk activities, according to the chart.

Dr Rafdzah said the risk levels for Covid-19 were universal but that these risks could be lowered with specific preventive measures or standard operating procedures in place.

As such, the risk then might vary between countries and their place of practice, she said.

She believed that the risk index by the Texas Medical Association was developed based on factors that would influence the risk of disease transmission, such as enclosed space, duration of interaction, crowds and forceful exhalation.

“Activities that involved the clustering of random people in a confined space for long periods of time, with high-touch surface areas and high forceful exhalation – such as yelling or voice projection – are considered high risk,” she said.

Since the risk of the virus is always there, she however acknowledged that leisure or entertainment businesses that were in the high-risk category, such as cinemas and gyms, could not afford to close for a long period of time.

“As our country moves into the exit strategy phase for economic recovery, we need to balance risk and benefit.

“By knowing the different risk levels, the public can decide if the benefit of a specific activity outweighs its risk.

“Extra preventive measures also can be taken for high-risk activities by both the service provider and customers,” she said.

Dr Rafdzah pointed out that anyone attempting any activity stood a chance of contracting the virus.

“For example, people have to use public transport to go to work.

“So, if we are going to be involved in a high-risk activity, extra precautions should be taken,” she said.

For those using public transport, she suggested taking precautions such as wearing a mask, limiting touch and immediately washing or sanitising one’s hands after getting off from public transport.

Hugging or shaking hands and attending a wedding or a funeral were also among the activities considered high risk, he said. 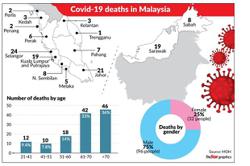 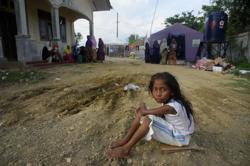 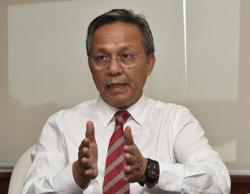