KUALA LUMPUR (Bernama): The police have begun an investigation into reports on an alleged attempt by international news agency Al Jazeera to tarnish Malaysia’s image through a documentary on how the country treats illegal immigrants in an effort to curb the spread of Covid-19.

Bukit Aman CID deputy director (Investigation/Legal) DCP Mior Faridalathrash Wahid said the department was conducting an investigation following the report made by the Immigration Department of Malaysia at the Precinct 7 Police Station in Putrajaya.

"We have opened investigation papers under Section 500 of the Penal Code and Section 233 of the Communications and Multimedia Act 1998," he said when contacted by Bernama.

The investigation is being conducted by the Kuala Lumpur police contingent.

Mior Faridalathrash said the police also received a report on a similar issue by a woman in Putrajaya around 9am today.

According to him, the complainant made a report after watching the documentary video on the YouTube site, and her statement had been taken.

Al Jazeera, prior to this, released a 25-minute 50-second documentary entitled 'Locked Up in Malaysia's Lockdown' that denounced treatments of illegal immigrants when Malaysia took steps to tackle Covid-19.

Bernama today reported that the Inspector-General of Police Tan Sri Abdul Hamid Bador said the report released by the news agency alleging that Malaysia discriminated against illegal immigrants was inaccurate and further investigations were underway by the PDRM. 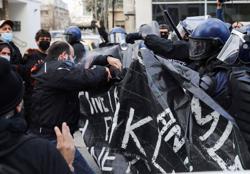 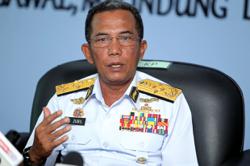