SHAH ALAM (Bernama): The wall on the side of a building in Taman Cahaya Alam, Seksyen U12 here used to be covered with graffiti – it has now been replaced with a giant "art exhibit" featuring the portraits of the country's leaders.

His plan was to beautify the area and had no idea that his artwork would get such a warm response and become a hit on social media.

Assisted by his friends, Abdul Hadi Ramli, 27, and Firdaus Nordin, 26, the artist who hails from Kampung Telaga Daing, Kuala Nerus, Terengganu, only took two weeks to paint the five portraits.

The youngest of seven siblings said he had originally intended to paint just the portrait of the Yang di-Pertuan Agong as a token of gratitude for the monarch's wisdom in addressing and resolving the political crisis in February.

"But during the movement control order (MCO) starting from March 18, we saw many other leaders constantly providing the latest updates and planning strategies to curb the spread of the Covid-19 outbreak. So these faces also appeared on the mural.

"This is how my friends and I express our gratitude towards the country's leaders and the frontliners because when the Covid-19 first hit, they were the ones who did much to make sure the people were protected from the infection," he told Bernama on Sunday (July 5).

Portraits of Senior Minister (Security) Datuk Seri Ismail Sabri Yaakob and Minister in the Prime Minister's Department (Religious Affairs) Senator Datuk Seri Dr Zulkifli Mohamad Al-Bakri are also on the wall, which has become an attraction for members of the public.

Suhaimi, who graduated in Fine Arts from Universiti Teknologi Mara, Shah Alam, said he only spent around RM500 on drawing materials and paint to complete all five portraits.

The full-time mural artist said he felt honoured when the public started visiting the housing area to take pictures with the mural and described it as a tribute to the work.

"There were people who came from Johor just to snap photos with our painting," he said.

To date, Suhaimi has painted more than 200 murals nationwide since he first started four years ago. 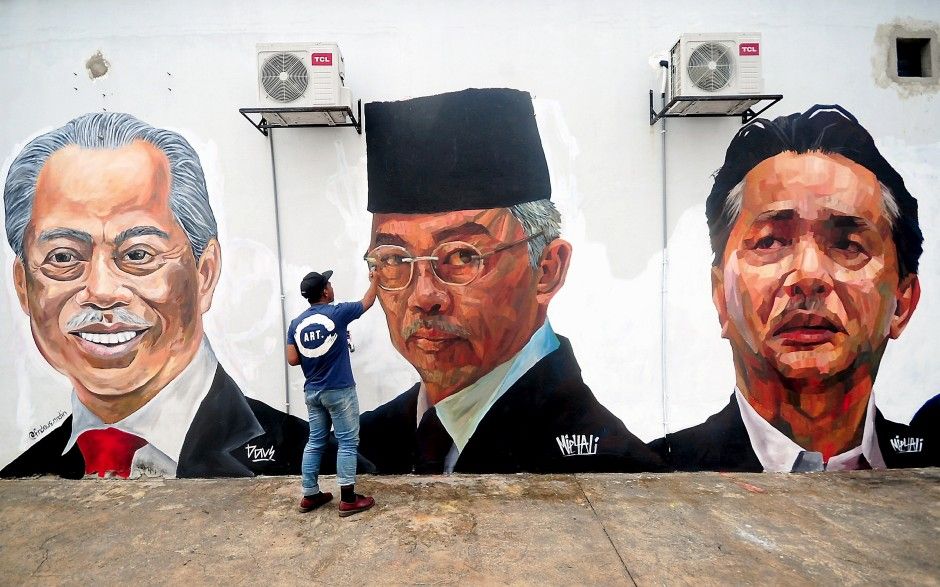 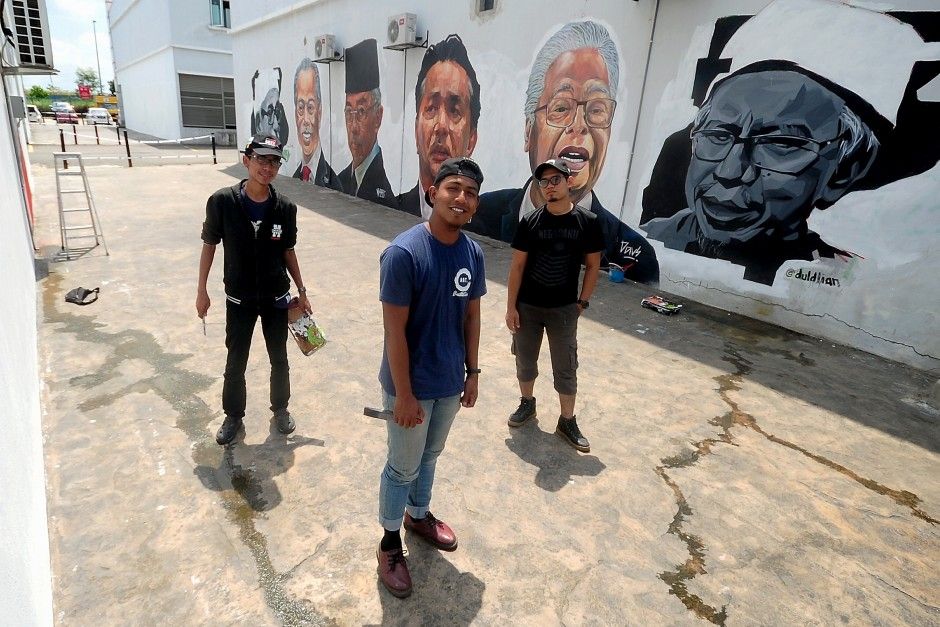 Suhaimi's mural in Shah Alam is a tribute to national leaders and personalities that helped steer the nation throughout the MCO to fight the Covid-19 pandemic. – Bernama

Suhaimi putting a few finishing touches to his portrait of the King, one of five personalities featured on the mural. – Bernama

The mural is a hit on social media, with many coming to visit the mural to get their selfies snapped. – Bernama