Pasir Gudang Umno Youth deputy chief Mohd Khairul Azlan Sulong with a photocopy of the book cover that allegedly insulted the "Jata Negara" (Malaysian coat of arms) that he had torn in two as a sign of protest after lodging a police report over the matter at the Seri Alam District Police Headquarters, Johor Baru on Tuesday (June 30).

PETALING JAYA: The government has banned the printing, publishing, and sale of the controversial book titled, "Rebirth: Reform, Resistance, And Hope in New Malaysia", which came under fire for allegedly insulting the national coat of arms.

Home Minister Datuk Seri Hamzah Zainuddin in a federal gazette published on Wednesday (July 1) exercised his powers conferred by subsection 7(1) of the Printing Presses and Publications Act 1984 to ban the book.

"This order may be cited as the Printing Presses and Publications (Control of undesirable Publications) Order 2020," the gazette stated.

It also prohibits the printing, importation, production, reproduction, publishing, sale, issue, circulation, distribution or possession of the publication described in the Schedule which

It was reported that the book publisher, Chong Ton Sin, had apologised and said that he had no intention of insulting or ridiculing the national coat of arms when it was used on the cover of a book recently.

Hamzah had also instructed police to investigate anyone who insults the national coat of arms.

On Sunday (June 28), Umno Youth chief Datuk Dr Asyraf Wajdi Dasuki had called for the Home Ministry to take action against the author, publisher and editor of the book, which insulted the Jata Negara.

In a Facebook post, Asyraf had said the book should be banned as the image on the cover bears a resemblance to the national coat of arms but features a naked child flanked by two tigers with humanoid faces stepping on a crocodile. 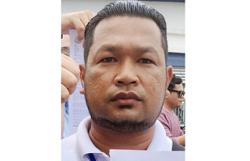 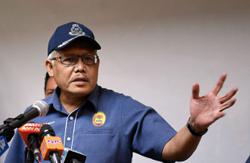