GEORGE TOWN: While some in the northern business community welcome the plan to reopen the Malaysia-Thai border, they stress that it must be done gradually and health and safety must be prioritised first.

Federation of Malaysian Manufacturers Penang chairman Datuk Ooi Eng Hock said it would be good to open up again so the economy of the country could bounce back.

“As our economy is getting back into full swing, we need the border to open again to its usual hours as many industries need it.

“But we have to see how the industries can cope with the volume, as many were non-operational during the movement control order (MCO) period for the past three months,” he said.

Ooi said opening up the border should become the country’s long-term measure for economic recovery and it should be done according to strict standard operating procedure (SOP).

He said many were hesitant to cross the border as they were in the dark about which country’s SOP to follow.

“I think both countries must liaise with each other on the SOP,” he said.

Ooi added that the movement of people must be controlled through health screening and other proper measures to prevent the recurrence of the Covid-19 outbreak in the northern region.

He said the border should not be reopened so soon as the situation was still not under control in both countries.

“Maybe the governments can decide in a month or two if the situation improves in Thailand. Although the Thais have minimised the infection rate, there are still some cases every day.

“So if we open up now, our efforts for the past three months to flatten the curve of the infection could be in vain,” he said.

He said any plan to reopen the border must include beefing up health screening and quarantine order on incoming travellers.

He said travellers must adhere to the 14-day quarantine.

“The government should not be paying for them. Are they willing to fork out their own expenses? This is among the questions we should ask,” he said.

Cheng stressed that the reopening must not jeopardise the people’s health and safety.

He said reopening the border would surely boost the economy of the state and country, but public health mattered more.

Recently, the authorities in both countries discontinued the 24-hour operations at Bukit Kayu Hitam Immigration, Customs, Quarantine and Security (ICQS) and Sadao Immigration and Quarantine (CIQ) following the reduced volume of cargo crossing the border.

It was reported that the operation at Bukit Kayu Hitam ICQS’ heavy vehicles lane was reverted to its previous operating hours from 6am to midnight. 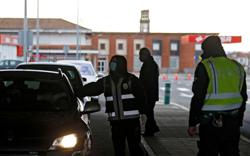 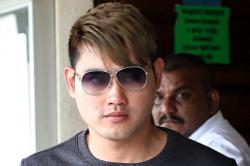