KULAI: The country’s tourism sector is expected to get a much-needed boost when both Malaysia and Singapore open their borders, which have been closed for three months due to Covid-19 pandemic.

Minister in the Prime Minister’s Department (Economy) Datuk Seri Mustapa Mohamed (pic) said that the tourism sector is one of the key sectors for economic growth in Malaysia.

"States such as Melaka, Penang, Negri Sembilan and Langkawi, Kedah are depending on foreign tourists including from Singapore but Johor is different as it is much closer to the island republic.

"Both governments are in discussion to reopen our borders and once it has been agreed including having the proper standard operating procedure (SOP), we will be making a joint statement once the time is right,” he added.

Bernama reported that Singapore is prepared to work with Malaysia in addressing the needs of cross-border travellers, amid the Covid-19 situation.

The republic's Ministry of Foreign Affairs said this in a statement on Saturday (June 20) in response to media queries on Malaysia’s proposal to lift border restrictions between Singapore and Malaysia.

"Such bilateral arrangements would have to include mutually agreed public health protocols, to preserve the public health and safety of citizens on both sides.

"Both countries will require some time to work out the details on the gradual easing of border restrictions to ensure a stable recovery from the Covid-19 situation,” it said.

On Friday (June 19), Malaysia had in principle agreed to allow Singaporeans and Bruneians to enter the country’s borders without having to apply for approval from the Malaysian Immigration Department, or to undergo Covid-19 screening or home quarantine.

Senior Minister Datuk Seri Ismail Sabri Yaakob had said, however, this was on condition that Malaysians would also be afforded the same privileges by the Singapore and Brunei governments.

The relaxation of the border restrictions must be reciprocated and both these countries must allow Malaysians to enter their countries without any restrictions, as we have allowed, he said during his press conference on the recovery movement control order (MCO) on Friday.

Ismail Sabri, who is also the Defence Minister, said Wisma Putra was currently discussing the matter with Singapore’s Foreign Ministry, and that Malaysia’s decision to relax restrictions was dependent on the outcome of the discussions being held.

He said the permission to enter Malaysia without restrictions would only be granted to Singaporeans and Bruneians who were living in their respective countries, adding that the two countries, as well as New Zealand and Australia, were currently classified as green zones by Malaysia’s Health Ministry. 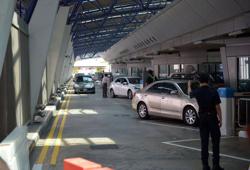 Singapore prepared to work with Malaysia in lifting border restrictions 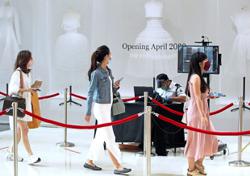 The Week Ahead - GDP Malaysia and Singapore 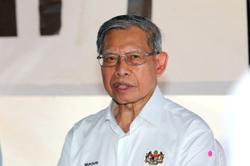