The TNB chairman said the management of the energy company was working together with the Water, Land and Natural Resources Ministry and the Energy Commission to find a solution.

“I take note of the inconvenience and complaints voiced by the people after receiving their TNB bills. I hope this explanation will more or less ease worries and give some relief to Malaysians, ” he wrote on Facebook yesterday.

When the MCO started on March 18, Mahdzir said, on-site reading of TNB meters had to be temporarily stopped and only estimations were done for March and April usage. The estimated readings were then sent to consumers via the myTNB app.

“The on-site reading resumed on May 15, and the latest bills that consumers received are the actual usage of electricity since the MCO began, ” he said.

Mahdzir also refuted allegations on the allowance he receives in his position.

“I take this opportunity to deny some ‘naughty’ claims by certain parties about my allowance as TNB chairman. The actual allowance received is much lower.

“It is enough for me to say that it is too low (sic) than what is being claimed, ” he added.

Since May, consumers have complained on social media platforms about an increase in their electricity bills, as some household bills were higher than usual with up to several hundred per cent increases.

In response, Mahdzir said the increase was because more Malaysians stayed at home during the MCO period, where TNB reported an increased usage of between 20% and 50% for residential sectors that resulted in a higher billing.

He explained that TNB had used a prorated method to ensure that consumers would not get overcharged.

He said those not satisfied and want an explanation could contact TNB Careline at 1-300-88-5454 or visit a Tenaga outlet.

In Putrajaya, consumers who were not satisfied with the increase in their electricity bill during the MCO period could file their complaints at the Tribunal for Consumer Claims Malaysia (TTPM), said Deputy Domestic Trade and Consumer Affairs Minister Datuk Rosol Wahid.

He said TTPM was another avenue (with a fee of RM5) besides lodging complaints to TNB and the Energy Commission.

“The issue of high electricity bill has come to our attention. We noticed that many consumers have expressed dissatisfaction, ” he told Bernama here yesterday.

He added that TTPM had received two complaints so far, including one on the extraordinary spike of electricity bill, filed on June 5.

TTPM was established on Nov 15,1999, to serve as an alternative channel for consumers to claim compensation regarding purchase of products or services, and the cases can be resolved within 60 days.

More than 80% of TNB's residential customers get 15-50% discounts 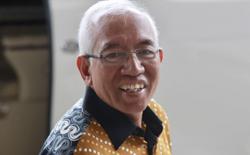 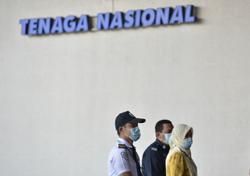 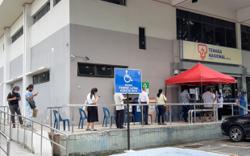