Crowds throng 4D outlets in Penang as they reopen for business

GEORGE TOWN: Punters on the island thronged 4D outlets when they reopened for business on Wednesday (June 17), after being closed during the movement control order (MCO).

People were seen lining-up at the outlets of Sports Toto Malaysia, Magnum and Pan Malaysia Pools(Damacai) on Sri Bahari Road.

However, they could only go in after their body temperature had been taken, their hands sanitised and their names and contact numbers written.

"There was a bigger crowd in the morning, but the crowd has dissipated now," said a Magnum worker who was taking body temperatures of the punters.

"We expect another crowd after office hours," said the worker who refused to be identified.

A woman at the Sports Toto outlet said there was a bigger crowd between 9am and 10am.

"Some of them left without buying because they had to wait for almost 30 minutes.

"Most of them complied with the SOPs, although some in the 60s were a bit hesitant to write down their names and contact numbers," she said.

Other outlets along Datuk Keramat Road, Air Itam and Paya Terubong areas were also crowded with punters making a beeline for their favourite forecast numbers. 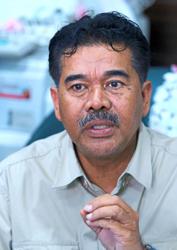 12-hour water cut in Paya Terubong and Relau on Thursday

Punters flouting SOP in 4D outlets to be fined 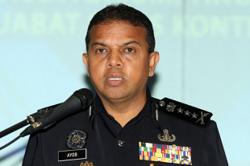