PETALING JAYA: The Inland Revenue Board (IRB) is warning the public about a syndicate involving fraudsters that are actively impersonating as its officers again.

IRB said in a statement that the syndicate uses several modus operandi including calling victims directly and asking them to pay for "outstanding tax arrears".

"The victims will receive a phone call from the syndicate and they are required to make the necessary payments by transferring money to a bank account that is not owned by IRB," the IRB said in a statement on Sunday (June 7).

IRB also revealed that sometimes victims will be informed that they were allegedly involved in tax evasion and money laundering activities, and threatened to freeze the bank account under the Anti-Money Laundering, Terrorism Financing and Proceeds of Unlawful Activities Act (Amla).

"The victim will then be connected to a ‘police office’ responsible for the case. To avoid the money in the account from being frozen, the victims will be required to transfer all of the amount to a third party account," said the IRB.

"Other victims will be contacted by the syndicate who are impersonating as police officers, informing them about supposed outstanding tax arrears. They will order them to download a fake mobile app supposedly from Bank Negara Malaysia or share private and confidential banking details in a fake website supposedly owned by Bank Negara for investigation purposes," added IRB.

There are also cases where victims will receive phone calls from fake " IRB officers" using phone numbers that are similar to IRB’s number through spoofing.

"They will be informed about supposed outstanding tax arrears of their companies registered under their names, it said.

"Victims are required to pay the outstanding amount by making a payment to a third party bank account other than the official IRB account," it further noted.

"Therefore, the public is again reminded to be careful with each phone call, message, email or letter received from IRB that are suspicious or dubious by taking several steps.

"They can check directly at the Hasil Care Line, customer care officer, IRB inquiries application or go to the nearest office," said IRB.

The public has also been reminded not to reveal any private banking or information, click on any links received via dubious emails, and make payments directly to IRB.

"Do not click on any applications from unknown users and do not return any phone calls from unknown numbers. Please check the IRB’s number at its official portal.

"We would like to stress that each of our officers is bound by the private tax privacy information regulations under the Income Tax Act 1967, where each private information of taxpayers will not be given to any third parties," added IRB. 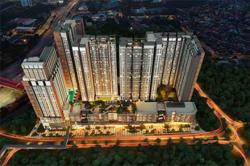 GuocoLand gets demand from IRB 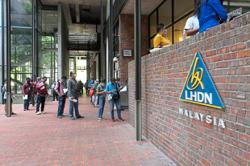