KOTA KINABALU: Even the offer of free entry into one of Sabah’s popular tourism attractions is failing to draw vistors.

Rumah Terbalik (Upside Down House) managing director Alexander Yee said there had been hardly any takers for the free entry promotion for the first 20 visitors.

Yee said the unique house in Tamparuli, about 40km from the city, used to draw up to 1,000 visitors a day during previous peak seasons.

But there was only trickle of visitors during the recent Hari Raya and Harvest Festival holidays, he said.

“Since reopening on May 20, we only had about 20 visitors in total, with some days recording zero visitors and the best day was with six visitors," he said.

He said most of those who came were from the city here and were on their way towards Ranau and other east coast destinations in the state.

Yee, who is Kinabatangan-corridor of life Tourism Operators Association (KITA) president, said it was going to take a long while for the tourism industry to recover.

“I feel it’s a confidence issue. Over the last two months, we have been told to 'duduk rumah' (stay home) in view of the Covid-19 outbreak. It will take time for people to tune back to coming out, ” he said.

Of these, 2.72mil were domestic tourists while the remaining 1.47mil were from international arrivals.

Sabah Parks director Dr Maklarin Lakims said they expected smaller turn-outs when they opened on May 16. 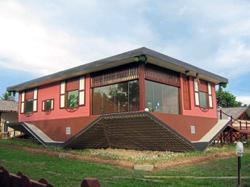 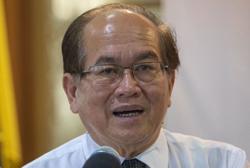