JOHOR BARU: Johor Ruler Sultan Ibrahim Ibni Almarhum Sultan Iskandar (pic) has issued a stern warning to 56 elected representatives – stop the constant politicking or he will dissolve the state assembly, which will force an election.

His Majesty said that he was disappointed that political turmoil was still occurring in Johor, where there were power-crazed leaders who continued to grab positions for their self-interest.

“With the rakyat still facing difficulties, they seem to not care and are willing to add more to the rakyat’s suffering, ” he said in a statement posted on his official Facebook page yesterday.

“I don’t want my rakyat to suffer, and will not allow my state to be chaotic, ” he added.

Sultan Ibrahim pointed out that he had taken an oath to protect and defend the people and the state at all times.

“If there is power-grabbing happening among the elected representatives, then I will immediately dissolve the Johor state assembly.

“I will give an opportunity to the rakyat in Johor to choose their new representatives.

“I hope this time around they pick leaders who are sincere in serving the rakyat and state, instead of their respective parties or self-interest, ” he said.

Sultan Ibrahim’s stern warning comes amid ongoing rumours that several assemblymen in Johor will become independent, which will see a change of government.

During the opening of the state assembly sitting on May 14, His Majesty reminded politicians that they should all come together to help the people amid the Covid-19 pandemic instead of being at each other’s throat.

Sultan Ibrahim warned of another dangerous virus spreading, which he called the “disunity virus” where it was already spreading among politicians.

He added that the virus could be seen via the turmoil and power grabs, which had caused concern among the people and threatened the political stability and economic development of Malaysia.

Sultan Ibrahim said those infected by the “disunity virus” tended to forget themselves and the welfare of the people as long as they got what they wanted to serve their self-interest.

The present Perikatan Nasional state government holds a simple majority with 29 seats, compared with Pakatan Harapan, which has 27 seats. 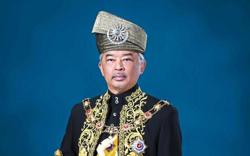