It’s a go for married couples 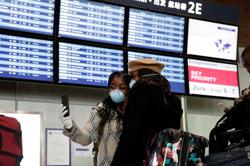 He said interstate travel would also be allowed for work, medical reasons and emergencies, during the conditional movement control order (MCO) period.

“The decision was made during a Special Ministers’ Meeting after consulting the police.

“Interstate travel are still not permitted except for married couples living in different states, for emergency cases as well as for work matters, ” he told reporters during the daily briefing yesterday.

He said police detained 114 people for violating the conditional MCO on Friday.

“A total of 108 individuals were remanded while six others were released on police bail, ” he said.

“The compliance operation task force led by the police also performed 71,830 checks including 4,826 at hypermarkets, 5,360 restaurants and 3,826 banks.

“The checks are important to ensure the people adhere to the conditional MCO, ” he said.

Meanwhile, Ismail Sabri said the directive for students to clear out their belongings from respective dorms at higher learning institutions had been rescinded.

He said the Higher Education Ministry had informed him that the order has been cancelled.

“Students don’t have to rush to their dorms to get their belongings.

“The order to clear out the dorms is no more, ” he said.

He was asked to comment on grouses by students, who were prevented from getting their belongings from their dorms due to the interstate travel restriction.

“Since April 3, a total of 45,383 Malaysians have been placed under compulsory quarantine upon arrival in Malaysia.

“From the total number, 35,615 have been allowed to go home upon completion of their compulsory quarantine period, ” he said. 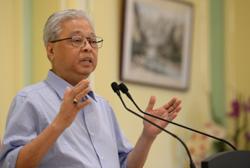