KUALA LUMPUR: A viral video of health workers donned in personal protective equipment (PPE) carrying a body out of a supermarket was shot in Kuala Langat and not Brickfields as claimed.

Brickfields OCPD Asst Comm Zairulnizam Mohd Zainuddin @ Hilmi denied that such an incident occurred there and said they were aware of the six-second-long video circulating on social media.

"We came across the video around 4pm on May 24. Along with the video was a description that the incident occurred around the YMCA and Sentral area at Brickfields," he said in a statement on Monday (May 25).

ACP Zairulnizam said they checked with the Health Ministry and found that the case occurred at Kuala Langat on May 16.

"The public, especially those in Brickfields, need not fear or worry about public order and security.

"The situation here is good and under control under the conditional movement control order (MCO)," he said.

He urged the public to be responsible and check any information they receive instead of spreading fake news.

"The public must do this with the source of the information or with the related authorities.

"We are investigating this case under Section 233 of the Communications and Multimedia Act for spreading false information," he said reminding the public to abide by the MCO which is in effect until June 9. 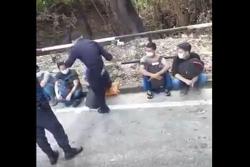 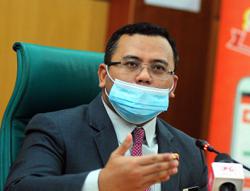