By RASHVINJEET S. BEDI
PETALING JAYA: The first-ever Malaysian community television show in Australia will be broadcast on a Melbourne-based television channel on Monday (May 25).

The Aussie Malaysian TV (AMTV) as it is known will go on air on Melbourne Television Station Channel 31, with live streaming available on their website.

Season one of the series consists of six episodes and will be aired weekly on the station until the end of June.

The first episode will air at 7.30pm Australian time, or 5.30pm Malaysian time.

AMTV founder Lin Ariffin said that the show aims to unite the Malaysian community in Australia.

“I wanted to create a platform where the Malaysian community can participate, interact and collaborate in a TV series that reflects the Malaysian identity and inspire others to join the cause,” Lin told The Star.

The show is funded by the Australian Multi-Cultural Communities United Ltd (AMCCU), a registered charity with the mission to integrate migrants socially and economically into the Australian community. 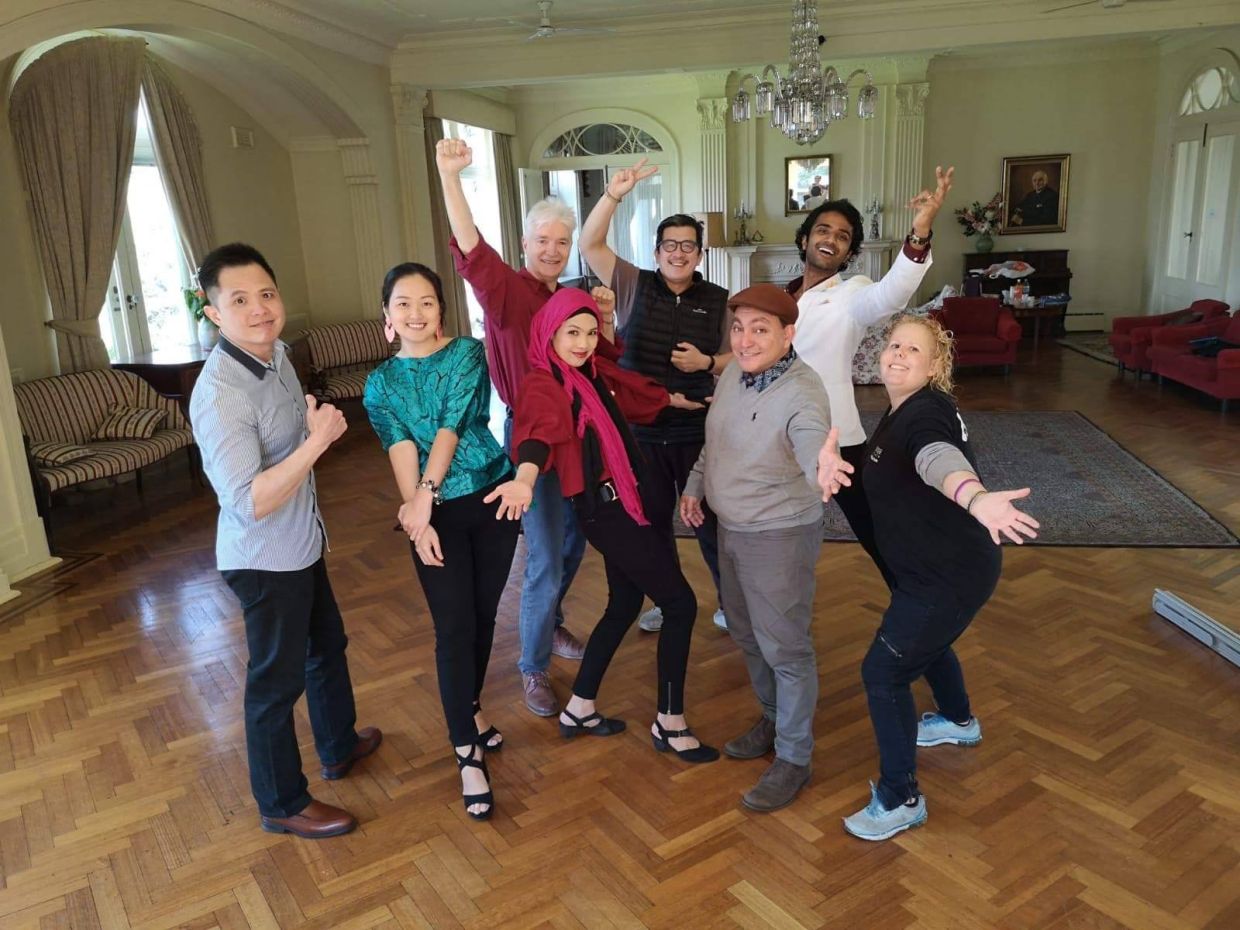 An AMTV episode In the making. Lin Ariffin (in the middle) and other members of the AMTV team with guests of an episode

She added that she hoped to bridge the gaps between Malaysians in Australia and to unite them into a strong Malaysian identity.

Lin who was born in Kulim, Kedah said that the first season was supposed to consist of 13 episodes and travels to various parts of Australia, but this was not possible because of the Covid-19 pandemic that has brought disruptions all over the world.

Lin’s grandfather was the late M. Zain, the legendary actor and comedian who starred in the film “Labu Labi” alongside Malaysian legend, the late Tan Sri P. Ramlee.

She also studied scriptwriting and acting in Malaysia with award-winning film director, Dr Mahadi Hj Murat and went back to continue Advanced Scriptwriting at The University of Melbourne.

Lin said the idea for the show came a long time ago when she met a fellow Malaysian at a café in a suburb in Melbourne.

“I want to emphasise that it doesn’t mean we lose our identity when we are overseas. I feel so excited when I meet another Malaysian. There is a connection and relationship,” said Lin who graduated with a degree in Business & Marketing from the Central Queensland University.

Lin said topics that will be discussed include health, property, driving culture, self-development, information for new migrants to Australia and career matter.

There will be interviews with the Consul General of Malaysia in Melbourne Mazita Marzuki, local community leaders, with even the likes of comedian Douglas Lim and songstress Rozita Rohaizad also scheduled to be on the show.