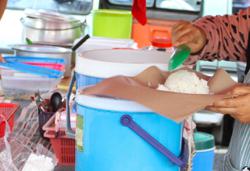 PETALING JAYA: Water consumption in the country has gone up even as the national reserve margin is among the lowest since 2008 and seepage from leaky pipes continue.

Latest data from the National Water Services Commission (SPAN) showed consumption per capita in Peninsular Malaysia and Labuan has spiked to 230 litres per capita per day (LCD) last year, up from 226 litres (LCD) in 2018 and 222 LCD in 2017.

The United Nations set the daily water requirement at 165 litres per person every day.

“The level of our NRW at 33.9% for the peninsula and Labuan in 2018 remained unsatisfactory. Pipe leakage, storage reservoir overflows and water theft all contribute to NRW.

“Reducing NRW is one of the key performance indicators SPAN has set for operators, ” said former chairman Charles Santiago in the latest SPAN report.

The report was published earlier this year before Santiago was removed as SPAN chairman. He confirmed the water consumption data for last year.

In the report, Santiago also highlighted the need to conserve the country’s rivers, pointing to incidents of pollution in Selangor, Johor and Pahang that had disrupted water supply in recent months.

Association of Water and Energy Research Malaysia (Awer) president S. Piarapakaran said it may not be entirely right to say Malaysians tend to waste water by comparing the recommended water usage at 165 LCD.

Although Malaysia is categorised as a country with high domestic water consumption, he said there were many reasons that contributed to the increase in water consumption per capita in the country.

In the peninsula and Labuan, he said many migrant workers living in high-density states and a large number per household have affected the accuracy of the actual water consumption per capita.

“Next is the increased use of water-consuming equipment and water faucets. Inefficient water machines are still a plague in Malaysia. Washing machines have high penetration in the domestic consumers’ market and continue to increase water usage.

“Other equipment like hot water shower, water tap, kitchen tap, dishwasher and toilet flushes may also lead to wastage if they are still in use for more than 10 years, ” he said.

Awer has recommended Malaysia to achieve 180 LCD first as a benchmark, while calling for static efficiency to improve by imposing a mandatory legal requirement for water equipment sold in the market.

“For example, water taps can reduce

water usage by up to 50% by mixing air bubbles in water flow that speeds up washing soaps.

“The biggest target is to upgrade water machine water usage standard, ” he said, adding that Awer has proposed the Minimum Water Efficiency Standard (MWES) as a mandatory requirement for water equipment in the Malaysian market.

Forum Air Malaysia president Saral James Maniam said that non-water-efficient products are one of the several reasons for the increase in water consumption.

Other reasons include low water tariffs, more home-based trades like car-wash shops and laundrettes and consumer behaviour.“We may see a more drastic increase in water consumption in 2020 onwards due to the movement control order following the Covid-19 pandemic.

“Our water is still cheap compared to neighbouring countries. We need to start educating consumers on the value and importance of water, ” she added.