Umno VP: The era of the Federal Govt calling the shots is over

JOHOR BARU: The days of the Federal Government laying down the law of the land may well be over, says Umno vice president Datuk Seri Mohamed Khaled Nordin (pic).

He said this was apparent in the fact that nine states have decided not to follow the government’s advisory to relax measures to combat the Covid-19 pandemic under the “conditional movement control order (MCO)” that went into effect today (May 4).

The former Johor mentri besar said the Putrajaya decision to “restart” almost all economic sectors through the conditional MCO has received differing reactions, with some unexpected decisions coming from several state governments.

“Most of these state governments decided not to follow the Federal Government’s advisory.

“These states have decided to take precautionary measures by not allowing business and trade sectors to be operational as advised as there is no ‘soft landing exit strategy’, ” he said in a statement here Monday (May 4).

Khaled said even if the Federal Government’s decision was made based on the best scientific advice that in turn was based on convincing data, the enforcement strategy was not “clean and inclusive”.

He singled out the failure of a “senior minister in charge of economic affairs” as a problem.

He said this person, whom he did not name, failed to discuss and get a consensus from all state governments before the conditional MCO decision was announced.

Khaled stressed that it was important for such a decision to have been discussed with all the states, this was clearly not carried out.

“This failure shows clear weaknesses within the leadership, strategy and coordination in rehabilitating the country’s economy where it has complicated businesses and trade as Malaysia’s economy is cross-border.

“But what is more affected is the ability of the Perikatan Nasional government in handling the country’s economic rehabilitation, ” he said, adding that it was not a good start and affected the people’s confidence in its administration.

Khaled also said the Perikatan-based Cabinet must take a lesson from this incident where a new narrative in the federalist system has appeared, with the relationship between the Federal Government and states seeing a “new normal”.

Nine states have decided not to implement the conditional MCO, sticking with the more stringent measures first adopted on March 18.

Kedah, Sabah, Pahang, Penang, Kelantan and Sarawak have decided not to follow the move while Selangor, Perak and Negri Sembilan said they would limit the number of businesses allowed to resume operations.

Restaurants will still not be allowed to have dine-ins, while sports and recreational activities are still banned. 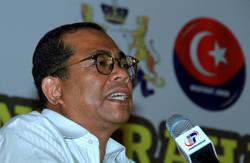 Umno not subordinate to Bersatu or Muhyiddin, says Khaled Nordin 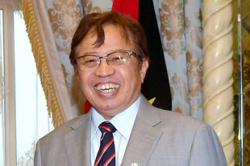 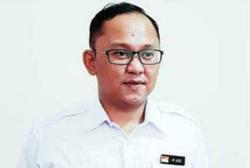