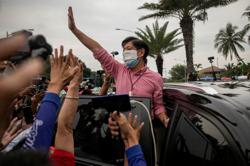 PETALING JAYA: A petition urging the government to maintain the movement control order (MCO) and not allow businesses and other activities to commence on May 4 has collected more than 133,000 signatures just 17 hours after it was put up.

A group calling themselves Rakyat Malaysia Prihatin (Concerned Malaysian Citizens) put up the petition on Change.org.

They stated that the decision by the government to ease restrictions on the MCO could result in mistakes such as those made by other countries, which saw new waves of Covid-19 cases after lockdowns were eased.

"We beg the Malaysian government to continue the MCO and cancel the conditional MCO immediately.

"We do not want the mistakes of other countries which eased/cancelled lockdowns to be repeated in Malaysia.

"We do not want our frontliners to be exhausted again.

"We do not want the government to bow to the capitalists who put priority on profit above that of the health and welfare of workers.

"We can continue the MCO for the future of our country," the petition stated.

Most who signed said they did not want "a repeat of the mistakes in Japan, Germany and Singapore".

The three countries saw a return of Covid-19 wave after opening up their economies despite the initial success in containing the pandemic to a manageable state.

On Friday (May 1), Prime Minister Tan Sri Muhyiddin Yassin announced the easing of the MCO to a conditional MCO on May 4 to allow most industries and economic activities to resume with standard operating procedures set by the authorities.

At press time, the petition was still riding high at https://www.change.org/p/rakyat-malaysia-teruskan-pkp-batalkan-pkp-bersyarat 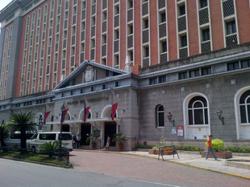