PETALING JAYA: The movement control order (MCO), which is supposed to end on April 28 after two extensions, will continue to May 12 with the possibility of a further extension, says Tan Sri Muhyiddin Yassin.

“During the period, the government will evaluate the latest data from the Health Ministry to decide on the next step.

“I do not discount the possibility of the MCO being further extended after this, ” he said last night during a special live address to the nation on the eve of the Ramadan month.

He added that although there was a recent downward trend in new Covid-19 infections in the country, measures were still in place to fully contain the spread of the virus.

If the MCO was further extended, he said, this would mean that many might be unable to celebrate Hari Raya Aidilfitri in their respective hometowns or even work as usual unless under a permissible sector.

“With the possibility of the MCO being further extended, the government is studying how to revive the economy in stages including drafting a short and mid-term economic revival plan so that economic activities can be restarted as fast as possible once the MCO ends, ” he said.

Muhyiddin added that the Finance Ministry, Economic Planning Unit and the Prime Minister’s Department were tasked with drafting the plan, which also includes long-term goals. 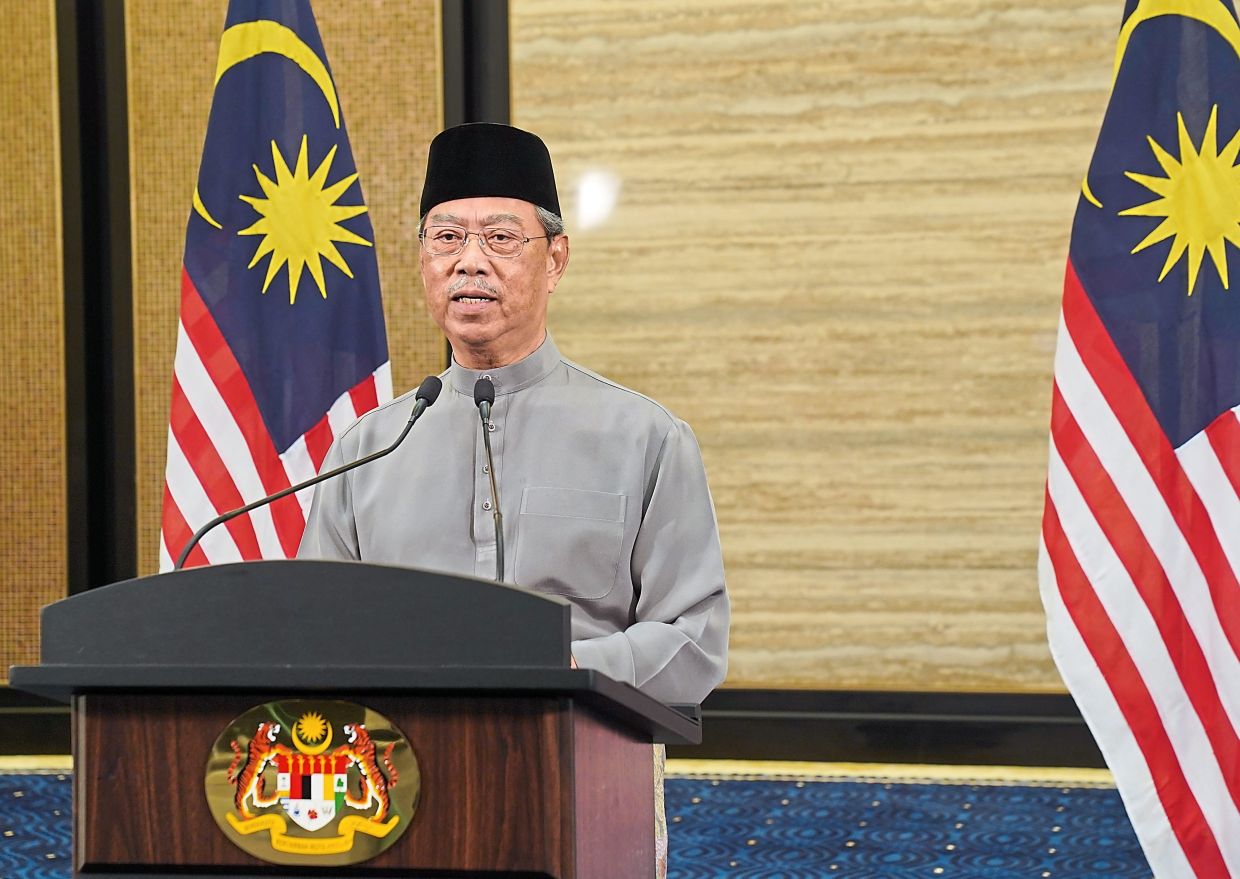 The government, said the Prime Minister, was considering allowing more specified sectors and sub-sectors to resume operations but subject to strict conditions to ensure the people’s health and safety.

“Detailed guidelines and conditions will be given to investors and the corporate sector so that they can begin operations at their companies, ” he added.

Earlier, in his address, Muhyiddin said the government would allow some flexibility for some 100,000 college and university students who were staying on campus during the MCO period to return home soon.

He said plans were afoot to help the students travel home.

“I know that you miss your children.

“God willing, in a short while, your children will be home.

“What is important is that they all return home safely, ” he said.

Also on the table, Muhyiddin said, was allowing those stranded at their present locations or kampung to make a one-way journey back to their respective homes. These folk had rushed back to their hometowns before the MCO was first implemented.

He said the government needed to make proper plans for this as it involved a large number of people.

“This is just a bit of flexibility for the moment.

“I repeat, it is a bit of flexibility and not too loose, ” he noted.

Health Ministry director-general Datuk Dr Noor Hisham Abdullah had said that consideration on lifting the MCO hinged on vital issues such as local transmissions of the virus and the movement of people in the event controls were relaxed.

As of noon yesterday, 5,603 Covid-19 infections were recorded with 95 deaths.

So far, 3,542 patients have recovered from Covid-19 in Malaysia since the outbreak began.