FT Minister says KL's homeless to be employed after MCO

KUALA LUMPUR: The city’s homeless population will be trained and given jobs once the movement control order (MCO) is lifted, says Tan Sri Annuar Musa.

The Federal Territories Minister said the 800 homeless people now in shelters in the city would be screened and provided with employment with Kuala Lumpur City Hall (DBKL) or private companies.

“Those that are found fit to work will be given the option to work as general workers with DBKL or in factories around the Klang Valley.

“We are prepared to offer 500 to 700 positions, and they will be paid a salary of between RM1,200 to RM1,400, ” he announced during a press conference that was streamed live on his ministry's Facebook page on Friday (April 10).

He added that they would also be provided with lodging in dormitories and would start work beginning May 1, should the movement control order be lifted by then.

Currently, there are two transit centres in Jalan Pahang and Anjung Singgah in Kuala Lumpur, and four community centres and multipurpose halls under DBKL to shelter the homeless.

The halls are the Sentul Perdana and Setiawangsa community centres, and Alam Damai Cheras and Tasik Ampang Hilir multipurpose halls, which have been turned into temporary shelters. 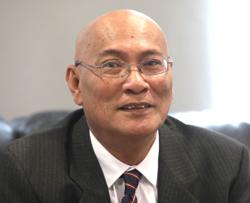