By NURBAITI HAMDAN And ALLISON LAI

KUALA LUMPUR: The judiciary has been asked to stop jailing violators of the movement control order (MCO) to avoid overcrowding in prisons, which could lead to the spread of the coronavirus.

For now, she said the Chief Registrar’s Office had taken note of the letter.

Prisons Department director-general Datuk Seri Zulkifli Omar is said to have signed the letter, saying social distancing was “impossible” in prisons due to overcrowding.

In the letter, Zulkifli said 378 people had been sent to prison as of April 1 for violating the MCO.

“Apart from adding on to the already crowded prisons, the Prisons Department is concerned that they could become the source of Covid-19 outbreaks there as their health status is not known.

“The Prisons Department is of the opinion that it will become a major issue if there is a Covid-19 outbreak in prison as social distancing is impossible there and could spread uncontrollably, threatening the lives of prisoners and prison staff,” the department was quoted as saying by a news portal.

The MCO has been in effect since March 18 in a bid to curb the spread of Covid-19.

Under Rule 3(1) of the Prevention and Control of Infectious Diseases (Measures Within the Infected Local Areas) Regulations 2020, a person caught and convicted of violating the MCO could be fined up to RM1,000 or jailed up to six months.

When contacted, Malaysian Bar president Salim Bashir Bhaskaran said the Prisons Department had made a “valid concern and request”.

“Space constraint and the internal mechanisms that inevitably expose one to be in close contact with each other will lead to a strong likelihood of infections. Any infection among inmates will be an unimaginable catastrophe in prisons,” he added.

He said the court should be proactive and take into account the circumstances surrounding the facts of the cases in sentencing.

For instance, Salim said, community services imposed on the wrongdoers would essentially serve the purpose of the punishment, which is to teach them to be responsible and obey the law.

Alternatively, he said the court could also mete out bound-over sentences for offenders who breached the MCO.

“Compounding the offence is also a viable option to prevent one from being sent to prison,” he said.

Salim noted that since the breach of MCO is not an offence involving violence, the court should exercise its judicial discretion in imposing sentences that are suitable in this period of time.

Senior criminal lawyer and author Datuk Baljit Singh Sidhu said the department made the right decision in making the request as the police and court staff were exposed to unnecessary risks with the arrests.

“The MCO offences are not a serious offence and there are other ways to deal with it. It will be total chaos if Covid-19 is spread in the prison cells,” he said.

Criminal lawyer Amer Hamzah Arshad echoed the concern over the possibility of a contagion in prisons.

“Logistics-wise, would the department be able to cope with a sudden increase of inmates and in the worst case scenario, with the spreading of the virus in prisons?” he asked.

Amer said the frontliners would be overwhelmed if such a spread happened in prisons.

“We are dealing with an unprecedented situation, so whatever sentence the court wishes to mete out, it must take this into consideration too,” he added. 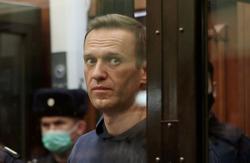