Fruits, other food items can be transported during MCO, says Sabah govt

KOTA KINABALU: The state government is not restricting the transport of essential goods such as food, vegetables, fruits, fish and the like during the movement control order (MCO) period.

State secretary Datuk Safar Untong said this following news that fruit farmers were losing money as their harvests have been left to sit and rot.

He said there was still confusion among the public as to what essential services and essential goods were.

“There are no inter-district restrictions on essential services and essential goods, ” he said in a statement here on Friday (March 27).

He added that businesses in these categories could still operate between districts provided they abide by existing laws, guidelines and regulations, he said.

Fruit producers in Sabah's fruit basket of Tenom have said they were forced to throw away tonnes of produce due to the MCO.

This is because many of their customers from the retail and hotel lines as well as restaurants, and supermarkets are not able to take the usual stockpile.

Moreover, not all supermarkets have been allowed to open, whereas those allowed could only do so during certain hours. 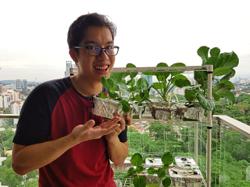