KUALA LUMPUR (Bernama): The Government-Linked Companies (GLCs) and Government-Linked Investment Companies’ (GLICs) Disaster Response Network, together with various partners, is working and coordinating these companies’ support in assisting the Health Ministry to tackle the Covid-19 pandemic.

The Disaster Response Network (GDRN) is managed by a joint secretariat led by Yayasan Hasanah, a foundation under Khazanah Nasional Bhd, and Telekom Malaysia Bhd (TM).

“The collective early contributions stand at RM40mil from several GLCs, GLICs and private sector entities to support the various humanitarian and medical-related initiatives, ” the GDRN said in a recent statement.

Of the RM40mil, RM17mil has been pledged directly to the GDRN to support the Ministry to purchase medical supplies, Personal Protective Equipment (PPE) and ventilators.

The GDRN said the RM17mil allocation will be primarily focused on the provisions of medical supplies which include PPE and ventilators to meet the needs of the Ministry, institutional hospitals, and the public.

The coordination and implementation of procurement, handling, warehousing and distribution will be done through Pharmaniaga, it said.

“We hope that this platform would enable a more streamlined approach to assisting the Health Ministry and the nation during this difficult time.

“Currently YH is coordinating efforts with GLCs and GLICs under the banner of the GDRN, and welcomes the private sector to also extend their support towards this joint effort, ” said Shahira.

In addition, several GDRN members had already implemented relief support totalling approximately RM23mil, and this includes the distribution of food supplies, hygiene kits and medical equipment to hospitals, including district health clinics, universities that are still housing students on campus, and the Surveillance Centre managed by the National Disaster Management Agency (Nadma).

GDRN said its commitment to support the fight against Covid-19 will continue beyond the movement control order (MCO) period as it plans to assist the vulnerable and bottom 40 per cent household income (B40) groups that have been impacted by Covid-19 in the longer term.

This is in line with GDRN’s purpose, which is to ensure a holistic response in the short, medium and long term in times of disasters.

While efforts through GDRN and by individual GLCs, GLICs, as well as the private sector will continue, it said it welcomes contributions from others.

The GDRN was created in 2013 through the Putrajaya Committee for GLC High Performance (PCG) with Khazanah Nasional serving as its secretariat.

The network was deployed between 2013 and 2016 in various relief and reconstruction work, especially during major floods in Kelantan, Pahang, and Johor.

The GDRN Secretariat is led by TM, as PCG successor entity, since 2014. – Bernama 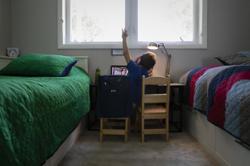