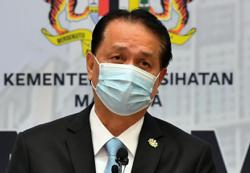 PETALING JAYA: Another patient has died, bringing the Covid-19 death toll to 16 on Tuesday (March 24).

Health director-general Datuk Dr Noor Hisham Abdullah in a Facebook post on Tuesday night said that the man's death has been reported to the National Crisis Preparedness and Response Centre.

“The 16th death, or patient 1,334, is a 75-year-old Malaysian with a history of several chronic illnesses.

“The individual started to show symptoms five days before being admitted to the Tuanku Mizan Military Hospital on March 16 and was later transferred to Hospital Kuala Lumpur on March 18.

“The individual’s health deteriorated and he was admitted to the Intensive Care Unit (ICU) to receive respiratory aid. He was confirmed to be Covid-19 positive on March 21.

“However, the individual died on March 24 at 7.40pm. The source of the individual’s infection is still under investigation,” he said.

Earlier, Dr Noor Hisham announced a total of 106 new cases were recorded on Tuesday, bringing the total to 1,624. 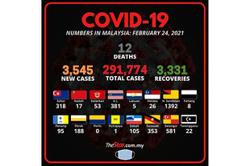