Tabligh participants from Johor to be tested 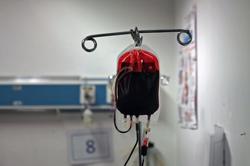 PETALING JAYA: More than 3,000 individuals who attended the tabligh programme in Masjid Jamek Sri Petaling have come forward to be tested for Covid-19 after 4,942 of them were identified, says the Health Ministry.

“The 1,634 of them who showed respiratory symptoms had samples taken from them, while 2,932 had been asked to conduct home surveillance for 14 days starting from the last day they attended the Sri Petaling event,” said the ministry in a statement yesterday.

With this 77 Malaysian participants were found to be positive, it added.

Meanwhile, the committee members and staff of the mosque have tested negative so far.

“We are all free from the virus, so far. This shows that the virus was transmitted via external sources,” he argued.

The mosque, located near Bukit Jalil Stadium, came to the limelight when tabligh members from Brunei tested positive for Covid-19.

Authorities are racing against time to locate another 11,000 participants of the event, the majority of them Malaysians.

Saiful said the event has been held annually at the mosque for seven consecutive years.

“Participants attended lectures and took part in religious discussions. We set up tents for them to sleep in,” said Saiful, who added that disinfection was carried out at the mosque before and after Friday prayers.

“There is no reason to temporarily close the mosque as the locals are not affected so far,” he said.

Meanwhile, the police are seeking public help to trace all tabligh participants, with Comm Acryl Sani calling on those with information to quickly alert authorities.

“We appreciate public feedback. Those with information should alert the Health Ministry to help contain the spread of Covid-19,” he said, adding that those who know of family members, neighbours or friends who attended the gathering were advised to come forward with information.

He said as of now, the Health Ministry had not requested police assistance in contact tracing for the tabligh participants.

Religious authorities are also advising those who attended the tabligh programme to avoid going to mosques, surau and other public areas if they displayed symptoms associated with Covid-19.

Minister in the Prime Minister’s Department Senator Datuk Dr Zulkifli Mohamad al-Bakri, who is in charge of religious affairs, appealed to the tabligh participants to quickly make their way to designated clinics and hospitals for screening purposes.

“We hope the pandemic will be over soon,” he added.

In a tweet yesterday, Health director-general Datuk Dr Noor Hisham Abdullah urged all who attended the tabligh gathering to refrain from visiting mosques and suraus, especially those who have symptoms.

In another tweet, he also advised mosque and surau committees to take preventive measures for their mosques and surau.

Dr Noor Hisham also recommended that they clean the carpet, doors and railings frequently with detergent and disinfectant.

Police have also advised residents to stop meeting in large groups to curb the spread of the coronavirus.

ACP Nik Ezanee said if meetings were unavoidable, people should only attend in small groups.

Meanwhile, the Health Ministry also issued new guidelines for those who want to visit hospitals to curb cross infections.

In its statement, the ministry said hospital visits were now limited to only two per patient at any given time.

“Those below the age of 12 are not allowed to visit patients in the wards, and those with influenza-like symptoms are also not allowed in.

“Patients with a higher risk of being infected, such as those suffering from chronic diseases and with low immunity – such as cancer patients who are receiving treatment – are also not allowed to visit unless it is unavoidable,” said the statement signed by Dr Noor Hisham.

He said that the public should also refrain from visiting those living in the interiors for the time being.

“To reduce the chances for cross-infection, the ministry would like to advise organisations that want to do community work with such vulnerable groups to defer such outreach activities, including to the Orang Asli,” he said.