KUALA LUMPUR (Bernama): The High Court was told Wednesday (March 11) that Datin Seri Rosmah Mansor had asked the former secretary-general of the Education Ministry (MoE) Datuk Seri Alias Ahmad to speed up the process of signing the contract for a hybrid solar project in Sarawak.

Alias, 62, said the wife of the former prime minister had also asked him when the contract could be signed because progress payments could not be made if it was not signed.

"I told her Syarikat Jepak (Jepak Holdings Sdn Bhd) could not complete the draft of the contract documents to be scrutinised by the ministry," he said at the examination-in-chief by Deputy Public Prosecutor Raya Mohd Farizul Hassan Bakri.

The witness was giving his statement on the 13th day of the trial of Rosmah, 68, who was being charged with seeking RM187.5mil and two counts of receiving a bribe of RM6.5mil from Jepak Holdings managing director, Saidi Abang Samdudin, through her former assistant, Datuk Rizal Mansor, as gratifications to help Jepak Holdings secure the Hybrid Photovoltaic Solar System Integrated Project and Maintenance and Operation of Genset/Diesel for 369 rural schools in Sarawak worth RM1.25 billion through direct negotiation from MoE.

Reading his witness statement, Alias, who held the post from Sept 5, 2016 until his retirement on May 22, 2018, said Rosmah had also asked him on the development of the advance payment to Jepak Holdings and when it could be made because the company could not move without the payment.

"I told her that there was an issue concerning the insurance used by the company which was not approved by the Finance Ministry (MoF), and without the approval of MoF for the insurance, payment could not be made, and if it (payment) was still made, it contravened the government’s acquisition process," the 12th prosecution witness said.

Alias said Rosmah asked him on the development of the project after a meeting of the Permata Malaysia Foundation Board of Trustees.

He could not recall the actual date of the meeting but stated that it took place when the issue of advance payment cropped up and prior to the official date of the signing of the contract.

According to the witness, he viewed Rosmah’s questions seriously because they came from the wife of the prime minister and had directed his officers to seek solutions to the problems of Jepak Holdings related to the issues of advance payment, progress payments and preparation of the contract documents.

"As far as I can remember, the contract for the project was signed on June 20, 2017, whereby, at that time I had signed the documents of the contract together with Jepak which was represented by its director, Saidi Abang Samsudin," he said.

Meanwhile, the atmosphere became a bit tense during cross examination by lawyer Datuk Akberdin Abdul Kadir, representing Rosmah, when Alias did not agree with the lawyer’s suggestion that his action in issuing the Letter of Acceptance (SST) to Jepak Holdings on the award of the solar project contravened the letter from MoF, which did not approve the application for additional allocations submitted by MoE for the solar project.

Akberdin: You want to uphold what is wrong. Did or did not MoF (Ministry of Finance) approve the application of additional allocation?

Alias: Not true because it was not me who issued the SST. My signature is not on the SST.

Akberdin: You are lying to the court. You want to tell that as the controlling officer you were not informed or did not know when the SST was issued (to Jepak Holdings)? 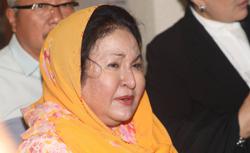 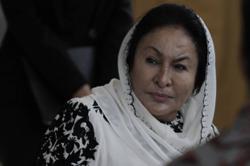 Ex sec-gen says he was told to rush contract signing 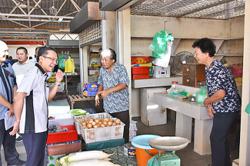 A happy Raya for Brunei as govt reports no new Covid-19 cases for 18 straight days, schools to start next week