It’s a wait-and-see game for now

WILL the eighth Prime Minister of Malaysia fulfil the aspirations of Sabahans and Sarawakians to be recognised as equal partners in the formation of the country?

From Tan Sri Muhyiddin Yassin’s appointment of a Sabahan and a Sarawakian for the Sabah and Sarawak Affairs portfolio, it looks like he’s serious.

“The government is also serious about addressing issues on the socio-economic development and progress of the people of Sabah and Sarawak. My Cabinet will keep alive the spirit of the Malaysia Agreement 1963 (MA63) which will be translated into formulas and programmes that directly benefit the people of Sabah and Sarawak,” said the Prime Minister when he announced his Cabinet on Monday.

“By establishing this new ministry, the new Federal Government shows its commitment to look after the well-being of the rakyat here and to give new hope to restore rights under MA63,” said Tony Paridi Bagang, a senior lecturer at the faculty of administrative science and policy studies in Universiti Teknologi Mara Sabah.

Dr Jeniri Amir, a political analyst from Sarawak, said the establishment of the special portfolio – which existed twice previously but separately as Sabah affairs and Sarawak affairs – would help to solve the thorn (felt by Sabahans and Sarawakians) in the flesh (Malaysia).

In the 57 years since the two Bornean states from across the South China Sea formed – NOT joined – Malaysia, many felt that it had a raw deal from Kuala Lumpur (and subsequently Putrajaya). Many Sabahans and Sarawakians feel the Malaysia experience to be such – to quote the late Tun Temenggong Jugah Barieng: “Anang baka tebu, manis ba pun tang tabar ba ujung” (Do not be like the sugar cane, sweet at the beginning but tasteless at the end).”

Tun Jugah was the Iban paramount leader who was one of the founding fathers of the Federation of Malaysia consisting of Malaya, North Borneo (Sabah), Sarawak and Singapore before the formation of Malaysia on Sept 16, 1963.

The sugar sucked by Putrajaya for most Malaysians in the Bornean states is the oil rights. Both states only get 5% royalty from the oil pumped on their territory; they demand 20%.

Sabahans and Sarawakians also want to be recognised as equal partners to Peninsular Malaysia (in 1963, it was called Malaya). Sabah and Sarawak want more autonomy from Putrajaya.

The other rights that Sabahans and Sarawakians feel that they have lost is freedom of religion.

Will the creation of the special portfolio change the perceived stepchild status of Sabah and Sarawak?

“Well, the creation of the portfolio is applauded and showed that the PM is concerned about Sabahan plight. But the real test is, can Maximus push or provide the kind of leadership in fulfilling those demands?” asked political analyst Mohd Rahezzal Shah, a UiTM lecturer in Sabah.

“Going back to the scope, will the portfolio handle issues concerning specifically Sabahan rights within the context of MA63 or will it cover other areas such as education, agriculture or any other areas that affect Sabahans?” he said.

An academic based in Sarawak, who did not want to be identified, was more critical.

James Chin, who is director of the Asia Institute, University of Tasmania, Australia, noted that the last time there was a Sabah and Sarawak Affairs Minister was in the 1960s and 1970s.

“Of course, it’s good news for Sarawak and Sabah but it depends on what falls under the portfolio and whether there are overlaps,” said the academician from Sarawak.

“I suspect we will get more compared to the MA63 committee under (the then de facto law minister) Datuk VK Liew and (the then Pakatan Harapan Prime Minister) Tun Dr Mahathir Mohamad. Muhyiddin doesn’t want to cheese off GPS now at least wait until May 18 (when Parliament meets),” he said.

Chin was referring to Gabungan Parti Sarawak which provided 18 Sarawakian MPs to give the Perikatan Nasional plus GPS government a majority.

The sugar cane called Malaysia will be sweet for Sabahans and Sarawakians if the Prime Minister is serious about righting the raw deal the two states have experienced. 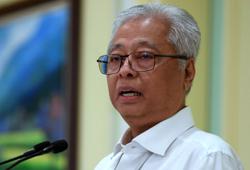 Travelling Sabahan and Sarawakians can undergo quarantine in their own states