Report: I resigned because it's incumbent to do so once PM resigns, says Tommy Thomas

PETALING JAYA: The reason why former attorney general (AG) Tommy Thomas resigned before his two-year contract was due in June was because of the change of politics in Malaysia.

"My position as AG was that of a political appointee and made by Tun Dr Mahathir Mohamad," he told news portal Free Malaysia Today (FMT).

"Once the prime minister tendered his resignation, it was incumbent on me to do so because I was appointed by him. It was also important for me to step aside and allow the incoming prime minister to appoint his own AG," he said.

Thomas also said that his decision to resign as AG was in line with the UK tradition and in other countries practising mature democracy.

FMT, in quoting sources, said that Thomas conveyed his decision to resign to Dr Mahathir personally and expressed gratitude for the support he received in his 21-month tenure.

At the same time, Thomas also said he plans to take a holiday and he will always be grateful to Dr Mahathir for giving him the opportunity to serve the country.

"I tried my best to do justice and prevent injustice until my last day in office. I am thankful for the privilege to serve," he said.

His two-year term as AG was supposed to expire this June after being appointed by Dr Mahathir on June 4,2018.

During his tenure as AG, high profile figures, including Datuk Seri Najib Razak and several others, have been brought to court on corruption charges.

When principles are put to the test 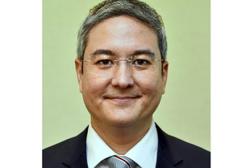