Marina, 14 other activists arrive at police HQ for questioning

KUALA LUMPUR: Datin Paduka Marina Mahathir and 14 other activists have arrived at Dang Wangi district police headquarters for questioning by the police concerning the rally in front of Sogo shopping mall Sunday (March 1).

Accompanied by other activists as she arrived at 2.20pm Wednesday (March 4), Marina reflected that being called up by the police gave her a sense of nostalgia.

"I am cooperating. The police asked me to come to the station, so I am here," she told reporters outside the police headquarters on Wednesday.

Suaram executive director Sevan Doraisamy, who was present, said calling up people for statements because of peaceful rallies was a waste of time for the police and the activists.

"I hope the IGP can review the SOP in handling and investigating rallies.

"If it is a peaceful rally, and there were sufficient cops on duty who can be witnesses, then why is there a need to call up activists to the station," he said.

He added that civil society leaders hope to meet the IGP soon to discuss the SOP for rallies and treatment of those taking part in them. 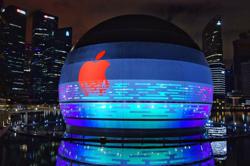