Work in comfort: Istana Negara staff bringing chairs for members of the media amid the political crisis.

PETALING JAYA: With the political situation continuing to be unsettled, questions have arisen whether the Yang di-Pertuan Agong has the power to call for a snap election.

There are differing views by legal experts on the power of the King with regards to the dissolution of Parliament.

IIUM law professor and constitutional expert Assoc Prof Dr Shamrahayu Abdul Aziz said Article 55 (2) of the Federal Constitution states that the King has the power to suspend or dissolve Parliament.

“The question here is, can the King make the decision to dissolve Parliament himself without seeking advice from anyone?” said Shamrahayu.

“There are two points of view.

“The first one says the King cannot dissolve Parliament, unless with the advice of PM. The argument here is, the Agong needs to act upon the advice of the PM in discharging his official duties.

The second view, said Shamrahayu, lies in Article 40(2)(b) which said the King can reject a request to dissolve Parliament.

“The implication here is, the King has the discretion over such a request.

“After looking at both arguments, I am more inclined to state that Article 55 (2) need not be read with Article 40 (1)(a) and (1A), ” she said, adding that the latter provisions only allowed the King to act upon advice.

Shamrahayu said in the situation where the prime minister’s post is vacant and without Cabinet, it will be meaningless if Article 55 (2) is read together with Article 40 (1) (1A).

“If you look Article 55 (2), it does not require the King to act according to advice, on advice or consideration of advice.

“Based on this interpretation, in a difficult situation, the King can act on his own discretion, ” she said.

Senior lawyer and former Federal court judge Datuk Seri Gopal Sri Ram said the King can only dissolve parliament on the advice of the prime minister.

He added that those advising him to do otherwise would be going against the Federal Constitution.

“But in abnormal situation, as when there is no clear-cut majority in Parliament and the prime minister has resigned without advising the King to dissolve parliament, there will be no prime minister to advise the King.

“How can we resolve such issue?” he said. 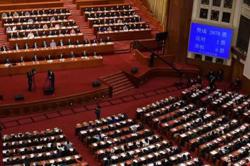 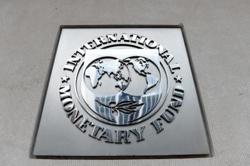