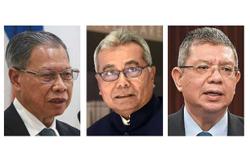 The source said that this is to enlarge the Bersatu bloc comprising 26 MPs.

"Currently, the bloc of the party of Prime Minister Tun Dr Mahathir Mohamad is only 26 and with them joining, it will be 37, only four MPs fewer than Barisan Nasional which has 41.

"All of the 11 in Azmin's bloc except for one are bumiputra. There won't be any problem being accepted. That one non-bumiputra MP will be joining Bersatu as an associate member.

"In fact, Dr Mahathir has offered them membership before but they were hesitant as they were thinking of their non-Malay voters.

"This is a temporary measure until things settle," said the source.

Earlier, there was talk of Azmin's bloc joining Gerakan and resurrecting the party.

Gerakan did not win any seats in the last general election.

"However, the reason to join Bersatu was made as it was thought it would be better to form bigger blocs than small ones to support Dr Mahathir," said the source.

On Feb 24, the 11 announced they were leaving PKR and would become independents.

Among them are four former full ministers.

The 11 MPs also held major top positions in PKR and are aligned to Azmin, against the faction of PKR president Datuk Seri Anwar Ibrahim. 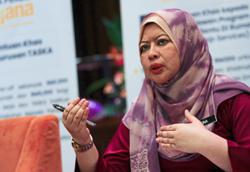