KUALA LUMPUR: Police are ready for any eventuality in connection with a planned protest expected to be held near Dataran Merdeka on Tuesday night (Feb 25).

The demonstration, dubbed ‘Demokrasi Mati, Ayuh Turun ke Jalan’ (Democracy is Dead, Lets Go to The Streets), is supposedly going to be held at 8.30pm, to protest the recent political limbo in the country.

“We have not received any notice from the organisers of the protest. However, police personnel will be on standby to ensure the safety and security of all, ” he added.

ACP Mohd Fahmi advised the public to remain calm and abide by the country’s laws.

“We will monitor the situation and take necessary action to preserve the safety of all parties, ” he said.

On Monday (Feb 24), Inspector-General of Police Tan Sri Abdul Hamid Bador warned that action will be taken against those who attempted to threaten public order in light of the current political situation.

While police had not received any report on fake news or disruptions to public order, Abdul Hamid said police were prepared to take any necessary action.

The police would continue to monitor the situation and take action against anyone who threatened the peace.

“Please remain calm and go on with your daily lives, ” he added. 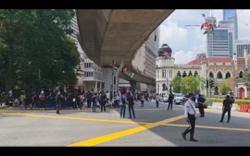 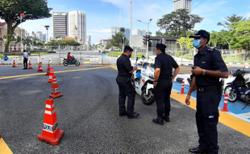