HIS name is conspicuously absent from our school history books and he has never been accorded the recognition he truly deserves.

But the glaring insult to injury is, he was also Malaysian.

In the fall of 1910, a pneumonic plague originating from Russian Siberia broke out in Harbin, in China’s northeastern region. The epidemic spread so quickly that within four months, it had claimed 60,000 lives. 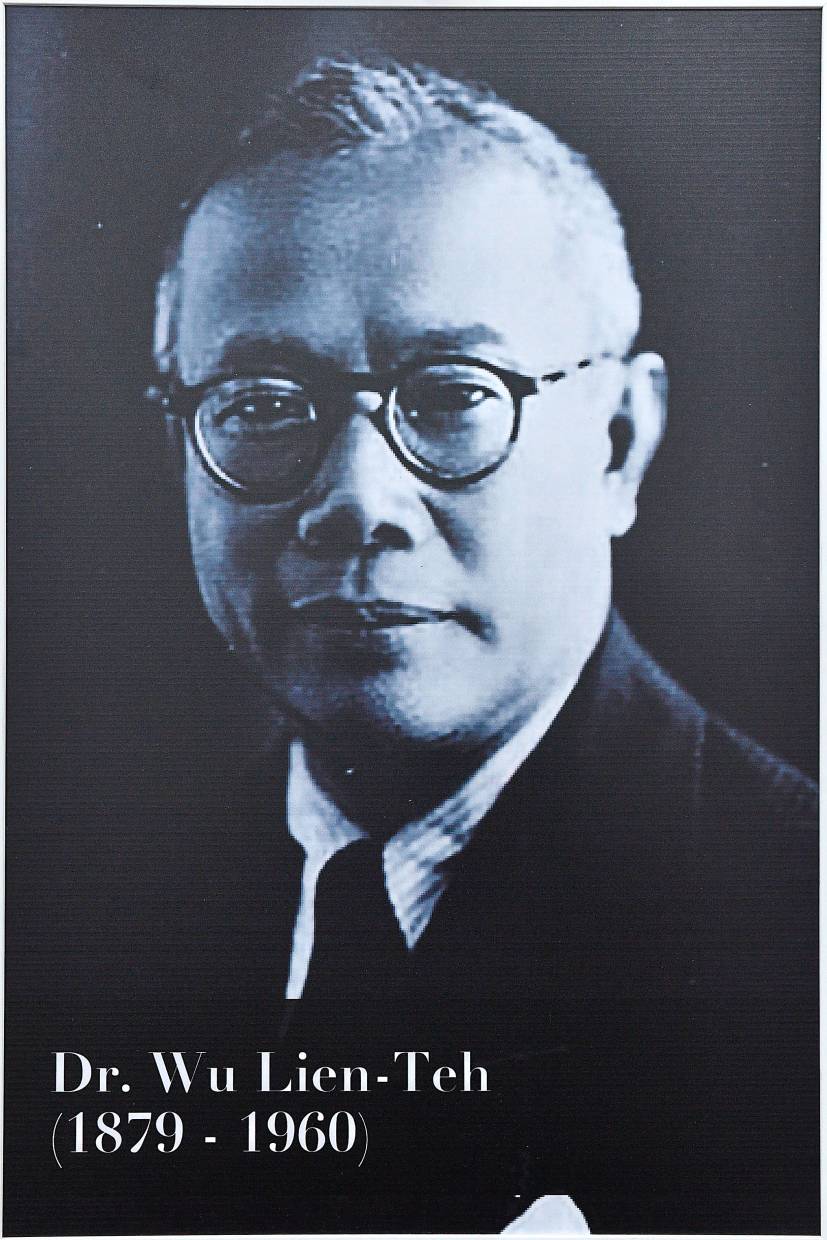 Dr Wu Lien Teh, a Penangite, was handed the job of finding a vaccine to stop the virus, which ravaged the place from October 1910 to March 1911.

It could not be more ideal now to mention Dr Wu as China and the world race against time to find a cure for the deadly novel coronavirus.

It is only appropriate to honour a Malaysian who had fought a plague that killed even more people in China all those years ago.

Dr Wu was born in Penang on March 10,1879 and, at 17, went to England to study at Emmanuel College, at the University of Cambridge.

He became the first ethnic Chinese to study medicine in the prestigious university.

According to an article by Koh King Kee in the Penang Monthly, the Penang Free School (PFS) old boy completed his medical degree two years ahead of requirement and won all possible prizes and scholarships in a class of 135 students.

“He pursued a postgraduate study of malaria at the Liverpool School of Tropical Medicine, and bacteriology at the Hygiene Institute of Halle in Germany and the Institute Pasteur in Paris. He was the first student of Chinese descent to graduate with an MD from Cambridge University, ” Koh wrote.

“After his arrival at Harbin, Dr Wu performed the first-ever post-mortem examination in China on a Japanese woman who had died from the epidemic. He discovered Yersinia Pestis in the body tissues and further concluded that the epidemic was pneumonic plague, which could be transmitted by human breath or sputum.

“His idea surprised all of his scientific peers and was met with widespread disbelief, ” according to an article published by US National Institute of Health, National Library of Medicine.

The article further alluded that Dr Gerald Mesny, a prominent French doctor, was one of those who doubted Dr Wu’s views. In a tragic twist of fate, Dr Mesny died of pneumonic plague several days later, after refusing to wear gauze and a mask, and getting infected. His death shocked the international community.

Concurrently, Dr Wu persuaded the Russian and Japanese railway authorities to halt operations in 1911. These efforts cut off all transportation, and thus transmission of the disease was contained within Northern-East China. Nonetheless, the death toll in Harbin continued to rise as the corpses of those killed by the epidemic served as a perfect incubator for the plague bacillus.

Dr Wu requested the cremation of the deceased, so some 3,000 corpses and coffins were gathered and burnt to a crisp. No further infection was reported from

“On the advice of Dr Wu, the International Plague Conference was held in Mukden from April 3rd to April 28th, 1911. Renowned epidemiologists and scientists from 11 countries, including the USA, UK, Japan, Russia, and France were in attendance.

“Dr Wu was elected as president of the conference and his work on plague prevention was highly praised by all. In fact, modern medical science was established in China soon after this conference was held.

Dr Wu always stood as a fighter at the forefront in the battle to prevent plague and in 1921, he successfully stamped out the recurring epidemic.”

According to the writers Zhongliang Ma and Yanli Li, Dr Wu later devoted many of his efforts to setting up hospitals and medical colleges, and founded the Chinese Medical Society.

In 1931, after the Japanese invaded the northeastern provinces of China, he left for Shanghai, where he set up the National Quarantine System. He returned to Malaya with his family in 1937, following the start of the anti-Japanese war in China.

In his twilight years, he wrote and published an autobiography in English in 1959, Plague Fighter: The Autobiography of a Modern Chinese Physician. The book was reprinted in 2014 by Areca Books.

He was deeply mourned by the scientific and medical communities, as well as the world.

The Times London commented on Jan 27,1960: “By his death, the world of medicine has lost a heroic and almost legendary figure and the world at large one of whom it

is far more indebted to than it knows.”

He is recognised as the Father of Modern Chinese Medicine and has an institute in Harbin named after him.

“He is regarded as the first person to modernise China’s medical services and medical education. He is also the first Malaysian to be nominated for a Nobel Prize in Medicine.

“He remains unforgotten and his work continues to serve us, such as when SARS suddenly broke out in 2003.

“We owe much to Dr Wu, who saved many lives and whose contributions to modern medicine in China allow us to continue to do so today. On Dec 24,2015, thanks to his great contributions, Wu Lien-Teh Institute was opened, its aim to research infectious diseases and share the resulting knowledge with everyone.”

Dr Wu was accorded no less than 20 honorary doctorates from renowned institutions, including the John Hopkins University, the Hong Kong University and the Imperial University of Japan.

In the most symbolic display of reverence, a bronze statue of him stands proudly at the Beijing University Hospital.

According to Koh, Dr Wu had returned to Penang after his graduation but ended up resisting the colonial system.

“There was a two-tier medical system in the British colonies, where only British nationals could hold the highest position of fully qualified medical officers or specialists, according to reports.

“But that did not deter him as he went on to become a scientist and an anti-opium advocate. He spent the first four years of his medical career at the Institute of Medical Research, researching beri-beri, which causes the body system to break down as a result of deficiency in Vitamin B.”

Koh wrote that Dr Wu was also very vocal on social issues and founded the Anti-Opium Association in Penang, which pitted him against powerful forces – the British colonists who approved of opium distribution and triad-linked Chinese tycoons.

“He was soon framed by these connections, leading to a search and subsequent discovery of a mere one ounce of tincture of opium in his clinic, ” reveals a posting in Wikipedia.

“It was quickly regarded as illegal, although he was a fully qualified medical doctor who had used the drug to treat opium patients.”

Dr Wu’s prosecution and appeal rejection attracted worldwide publicity, including an invitation from the Chinese Government in Peking to take up the post of Vice-Director of the Imperial Army medical College in Tianjin.

Left with little option, Dr Wu travelled to Harbin on the instruction of the Foreign Office in Beijing, to investigate an unknown disease, which turned out to be bubonic plague.

“But his career as a scientist was cut short by the war in 1937 when the Japanese attacked China.

In fact, his villa in Shanghai was bombed by the Japanese.

“He returned to Malaya where he opened a clinic in Ipoh on Brewster Road – which has been renamed Jalan Sultan Idris Shah.

“His social work continued where he collected donations for the setting up of the Perak Library, now the Tun Razak Library, in Ipoh.”

Koh wrote that despite keeping “a low-profile civilian life”, there were moments of drama in his life.

During the Japanese occupation, Dr Wu was kidnapped by communist guerrillas and released only after a ransom of 7,000 dollars was paid.

“Two months later, it was the Japanese’s turn to arrest him on suspicion of supporting anti-Japanese forces.

“He was eventually cleared of the charge after a Japanese officer who was his patient testified to his innocence.”

He practised medicine until the age of 80, and like all Penangites, the state was forever his home.

He bought a house in Chor Sin Kheng Road in Air Itam, Penang, for his retirement and died from a stroke.

A road in Ipoh Garden South has been named after him while in Penang, a private road named Taman Wu Lien Teh is located near PFS.

But the road in Ipoh remains wrongly spelled although the mistake has been highlighted to the Ipoh City Council. It is still spelled Jalan Wu Lean Teh.

More importantly, it is a great injustice for his name to be omitted from our history books. He deserves to not only be remembered, but also glorified.

The Dr Wu Lien-Teh Society, headed by Datuk Anwar Fazal, was set up in 2013 to research, promote and support the legacy of this Malaysian legend.