BUTTERWORTH: Penang’s tourism industry is being pummelled by the novel coronavirus with tourists arrivals from China dropping by almost 40% and tourism players bracing themselves for a drop of up to 60%.

Despite the state’s efforts to organise Experience Penang 2020 (EPY2020), he said the virus scare had affected tourist arrivals.

“We are constantly getting feedback and updates from industry players at every level as each one faces different types of disruptions, ” Chow told reporters after opening the new manufacturing facility of Dialight Penang at the Prai Industrial Estate yesterday.

Through www.experiencepenang.com.my, tourists can buy the Penang ExperiencePass for as low as RM119 and be able to walk into over 20 popular attractions here without paying anything else.

Association of Tourism Attractions Penang (ATAP) secretary Joseph Goh said the pass was designed to give visitors a great deal when they come for EPY2020.

“ATAP members joined hands to give ExperiencePass holders an unbelievable discount so that 2020 will be a year they will remember when they visit Penang. It’s a steal for them but the novel coronavirus is causing problems.

“We are meeting soon with state authorities to discuss measures to overcome this, ” he said.

Goh, who is the chief executive officer of Entopia by Penang Butterfly Farm in Teluk Bahang, said based on Entopia’s experience facing the effects of the Severe Acute Respiratory Syndrome (SARS) outbreak of 2002 and 2003, the drop in tourist arrivals will get worse.

SARS, which also started in China, killed 774 people after its spread was finally curbed. Novel coronavirus has killed more than 900 people worldwide since yesterday. In 2017, scientists traced the SARS virus to civets and horseshoe bats.

“At Entopia, our peak drop due to SARS was 61% on one of the six months when we were hit worst in 2003. But averaged out over that year, our total drop in visitors was 22% then, which was manageable.

“After the SARS scare was over, the rebound was good. Tourists flooded back in as if they missed Penang and Entopia’s visitor data recorded that too.

“We can weather this out. We have to keep sending out positive messages now and tourism players need to be confident, ” Goh said.

On another matter, Chow said he had no knowledge of the Kedah government signing a memorandum of understanding with a French airport consultant, ADP Ingénierie, to study the construction of the proposed Kulim International Airport.

“It’s still a long way to go as there are a lot of studies and compulsory approvals from relevant agencies that needs to be obtained by the state government before the project can go ahead, ” he said. 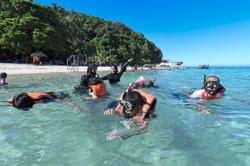 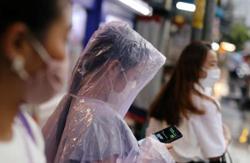 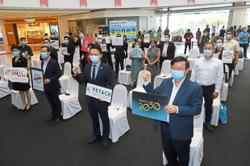 Moving on with caution