Procession of chariots kick off Thaipusam in Penang

The silver chariot is seen leaving the Kovil Veedu Temple on Penang Street at 7.10am on Friday.

GEORGE TOWN: Two chariot processions took to the streets on Friday (Feb 7) morning to mark the beginning of the Thaipusam celebration in Penang.

Thousands thronged Little India from as early as 4am at Sri Maha Mariammam Temple on Queen Street and Kovil Veedu on Penang Street to witness the chariots and offer their prayers.

The golden chariot, which was made in Mahabalipuram and Kumbakonam in Tamil Nadu, India, made its maiden journey from the Sri Maha Mariammam Temple at 6.15am.

Devotees, young and old, were seen offering their prayers while witnessing the placing of the "vel" (spear) on the golden chariot.

The silver chariot, meanwhile, began its journey at about 7.10 am from Kovil Veedu to make its way to the Waterfall Hilltop Temple on Waterfall Road.

As the statue of Lord Muruga was lifted onto the chariot pulled by bulls, devotees faithfully clasped their hands in prayer.

Many waited along the route at Chulia Street to present offerings and receive blessings as both chariots passed. 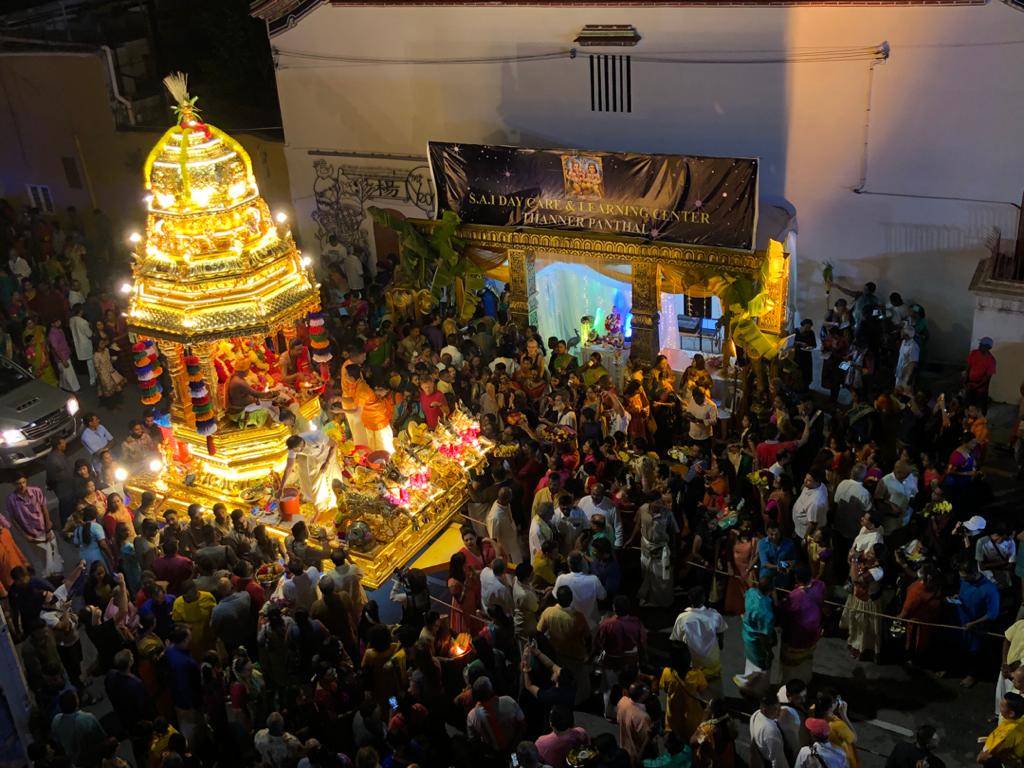 Devotees were heard chanting "vel vel" and were also seen breaking coconuts along the route.

Despite the novel coronavirus outbreak, only a few devotees and some tourists were seen wearing face masks.

The two chariots would be making their way towards Jalan Kebun Bunga to the Sri Arulmigu Balathandyapani Hilltop Temple and the Nattukottai Chettiar Temple.

Thousands of devotees would be following the chariots on foot on its approximately 7km journey.