THE celebration of Chin Swee Deity’s birthday was a grand one that brought over a thousand devotees to the Chin Swee Temple to partake in its rituals. Located mid-hill, this picturesque temple is approximately 4,600ft above sea level and is a 10 minute drive from the peak of the mountain.

According to Genting Malaysia and the Genting Group chairman and chief executive Tan Sri Lim Kok Thay, the Chin Swee Deity’s birthday is truly an auspicious day that usually sees an array of salutations and prayers to the deity done throughout the eve and on the day itself.

“What makes it even more special is having the temple named after the deity and dedicated to him. This year marks the temple’s 48th year since being built and plans to celebrate its 50th anniversary are in works, ” said Kok Thay.

He added that the prayer tables of offerings to the Chin Swee Deity this year have been exceptionally strong as when the celebration started in 2016, with only 47 prayer tables taken up. Today, this figure has increased to 88. This shows that the devotees have significantly increased over the span of six to seven years.

He further wished all the devotees and friends’ happiness and good health, by advising the public to take extra care of one’s health in view of the outbreak of Wuhan Coronavirus in China and several countries. Simple precautions and good hygiene such as washing of hands thoroughly can help keep the virus at bay.

Built by the late Genting Group founder Tan Sri Lim Goh Tong, the temple is dedicated to Chin Swee Deity, a Buddhist monk, that after his death is hailed as a powerful deity that has grant many wishes to those who believe in him. Hailing from Penglai Village in Fujian province, the very same village the late founder Tan Sri Lim Goh Tong had witnessed his parents worshipping this deity. The deity passed away at the age of 65 in Penglai after receiving two awards from the Imperial Palace of the Song Dynasty (960AD-1279AD). He also received the honourable title of “Venerable Master”. 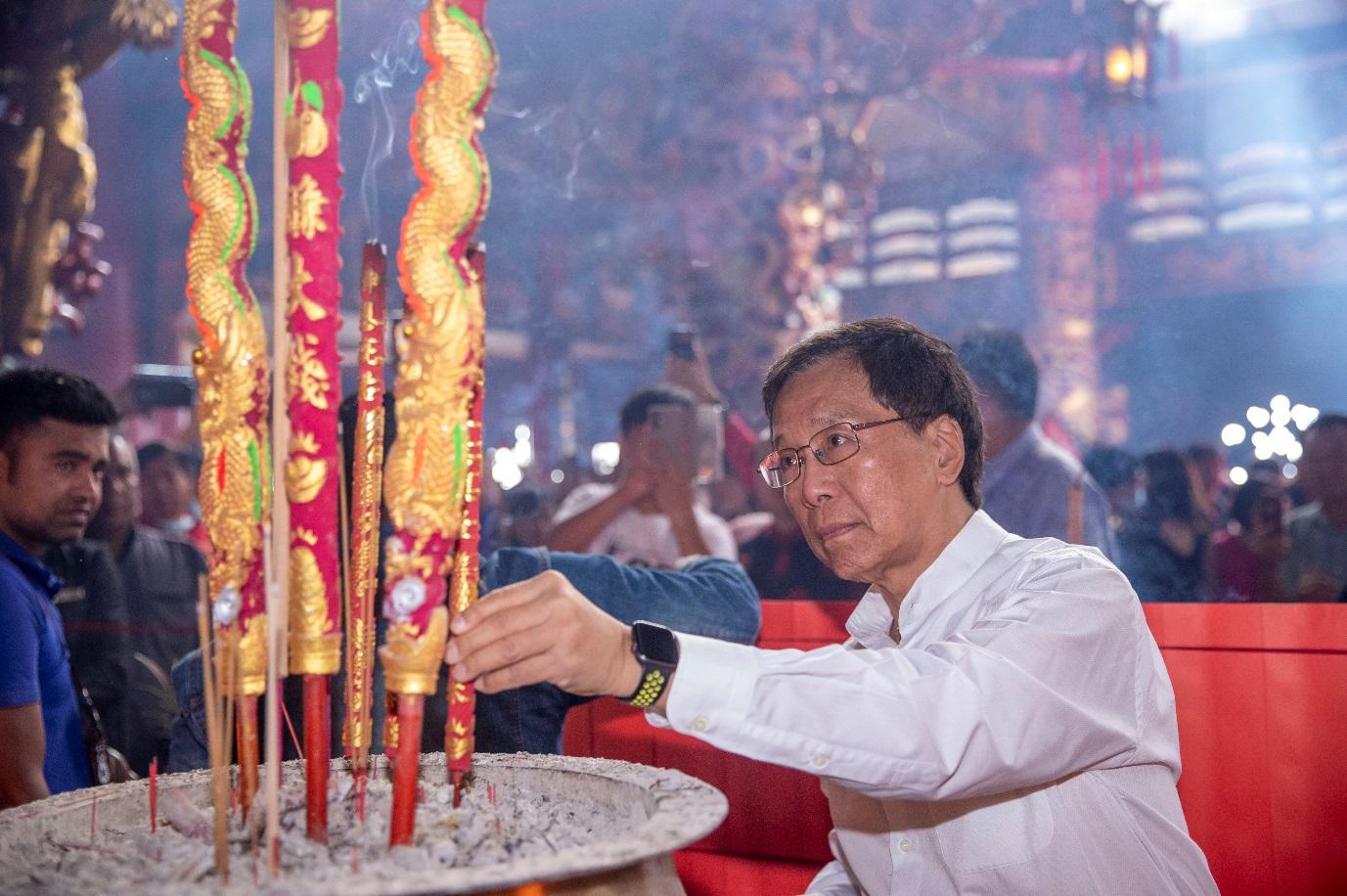 Genting Berhad president, chief operating officer and executive director, and also the vice chairman of Chin Swee Caves Temple Building Society Tan Kong Han strongly believes that what makes Chin Swee Deity prominent is the fact that the deity they religiously worship has answered its devotees’ prayers and has helped enhance their spiritual experience. It is no surprise to see a lot of devotees and tourists alike from Singapore, China, and many more coming to visit the temple.

Aside from the celebration of Chin Swee Deity’s Birthday, Feb 2 is another eventful day as it’s when the Bai Tian Gong prayers were held at the sky terrace to worship the Jade Emperor of Heaven. To the Hokkien’s, the ninth day of the first month of the lunar calendar is the actual day of Chinese New Year. Prayers would begin on the eight day at midnight and will continue through the next day. Bai Tian Gong literally means prayers to the Heaven God.

During the time of Chinese New Year of the Ming Dynasty, a ruthless army in China had raided the village that led to the Hokkien folks going into hiding in the sugarcane plantation for two days, during which they had prayed for their safety to the Jade Emperor and had promised to continue worshipping him if their safety was guaranteed. Their prayers were answered and the Hokkiens started offering thanksgiving prayers to him ever since. They also believed the ninth day marked the Jade Emperor’s birthday. 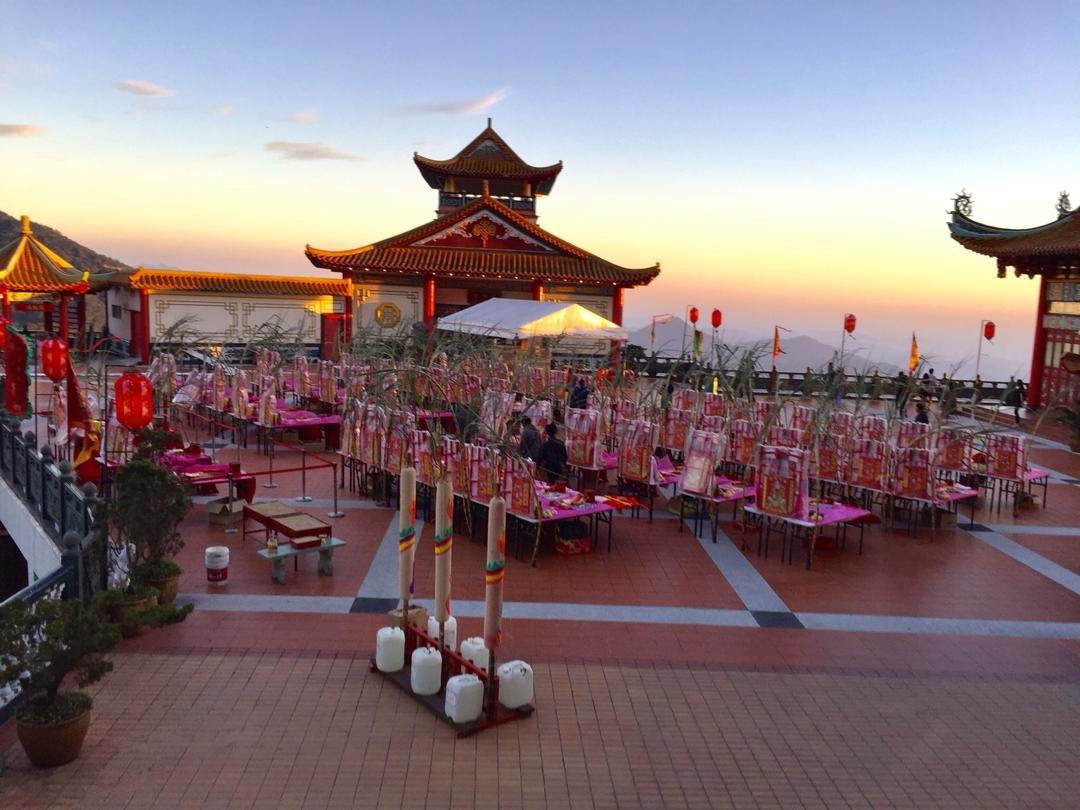 When the Hokkien New Year celebration is held, prominence is given to the sugarcane plants as it was this very plant that had helped shield them when they were in hiding.

The Hokkien New Year is celebrated with the burning of joss sticks, gold paper in a shape of a house or pineapple and generous offerings such as a whole roast pig. The Chin Swee Temple has taken the liberty to offer a vegetarian and non-vegetarian table whereby they provided items and food offerings for the prayers, which would help ease the devotee’s worship or celebration.

“My father, the late Tan Sri Lim Goh Tong who happened to track from the bottom of the mountain had taken a break at mid-hill and upon waking up he recalled the site similar to the Chin Swee Temple his mother took him at the Penglai village when he was a young boy. It was there where she prayed for her son’s safety, peace, and prosperity before he journeyed to Malaysia. It was that very moment he made a wish that if his venture was a success, he will build the temple. And when he succeeded, that’s when Chin Swee Temple was built some 48 years ago, ” said Lim Siew Lian, sister to Kok Thay.