SEPANG: The AirAsia flight bringing Malaysians and non-citizen family members home from Wuhan, China, the epicentre of the novel coronavirus (2019-nCov) outbreak, landed at KLIA here at 5.57am Tuesday (Feb 4).

There were 133 passengers on the special flight which departed from the Wuhan Tianhe International Airport at 1.26am.

This comprised 107 (instead of the 141) who were stranded in China as well as 12 crewmembers, eight humanitarian assistance and disaster relief (HADR) mission personnel and six officers from the Malaysian embassy in Beijing, Bernama reported.

However, Deputy Prime Minister Dr Wan Azizah had said on Monday (Feb 3) there would be 167 passengers, comprising 141 Malaysians and their 26 non-citizen family members, returning home from Wuhan on the flight.

They were stranded in China as the Wuhan, Huanggang and Ezhou cities in the Hubei province were placed in lockdown following the outbreak.

The aircraft was also carrying 500,000 pairs of rubber gloves as a contribution to the Chinese government in an effort to contain the 2019-nCoV outbreak.

On Monday, Datuk Seri Dr Wan Azizah Wan Ismail said that all passengers, upon arrival in Malaysia, would have to undergo health screening at the air disaster unit (ADU) at KLIA.

Those detected with the symptoms would be immediately sent to hospital, while others would be taken by bus to a monitoring centre.

Note: The article has been amended to reflect the actual number of Malaysians and their non-citizen family members who were supposed to return on the flight. 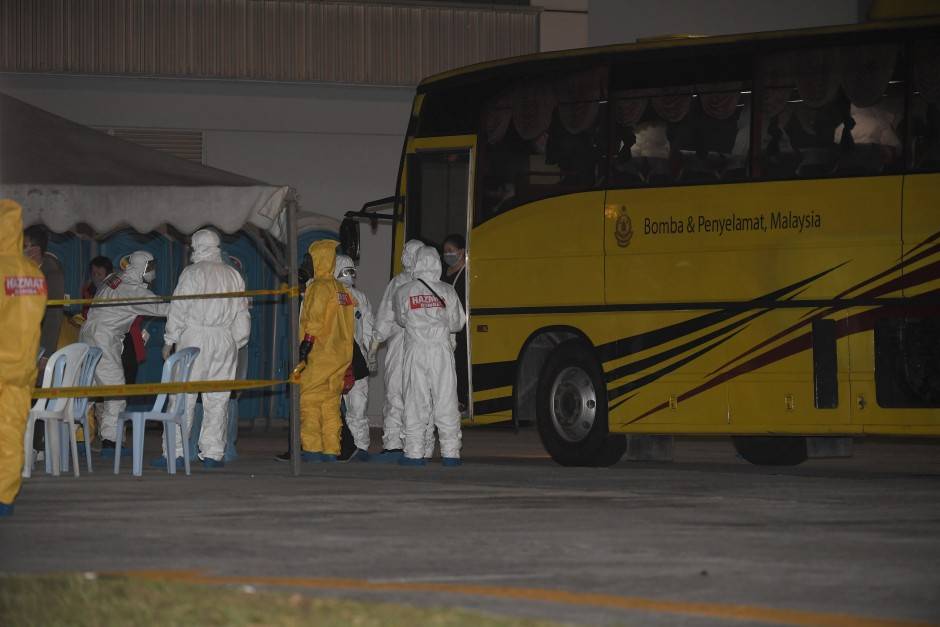 No hugs await M’sians from Wuhan

China tourists in Sabah want out

Special flight to carry Malaysians back from Wuhan leaves KLIA2