(ANN): Pakistan Prime Minister Imran Khan is expected to travel to Malaysia next week as part of the government’s damage control efforts after Pakistan pulled out of the Kuala Lumpur Summit in December last year.

According to sources, Khan is scheduled to travel to Kuala Lumpur on an official visit from Feb 3-4.

The visit was due since Islamabad pulled out of the KL Summit at the last moment after Saudi Arabia and other Arab countries voiced their reservations over the gathering of leaders from host Malaysia, Turkey, Iran and Qatar.

Pakistan, which initially accepted the invitation, said it had to withdraw from the summit to maintain its “neutral position” within the Islamic world.

Nevertheless, Khan spoke to his Malaysian counterpart over the phone and offered to visit after the summit.

Pakistan is also making efforts to reach out to Turkey. Official circles are confident that the visit of Turkish President Recep Tayab Erdogan in February would help remove any mistrust between the two countries.

Earlier, the Saudi foreign minister and the crown prince of Abu Dhabi visited Islamabad to discuss the situation following the KL Summit.

Dr Mahathir and Erdogan were the only leaders from Muslim countries who publicly spoke against India for its atrocities in Kashmir during the annual UN General Assembly session in September last year.

“The KL Summit, which is into its fifth edition, is a non-governmental organisation initiative, supported by the Malaysian government, and is not intended to create a new bloc as alluded to by some of its critics.

“In addition, the summit is not a platform to discuss religion or religious affairs but specifically to address the state of affairs of the Muslim ummah,” Dr Mahathir said at the time. – The Statesman/ ANN 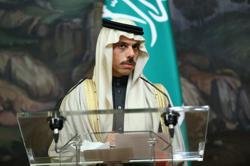 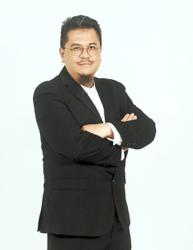