KLANG: A driver seen in a viral video hitting several vehicles as he drove through a residential parking lot here is believed to have been above the legal alcohol limit.

South Klang OCPD Asst Comm Shamsul Amar Ramli said this was based on results of an early breathalyser test on the 46-year-old man.

"The early test result showed that he was above the legal limit. He also had an eye injury and is now being treated at Hospital Tengku Ampuan Rahimah," he said when contacted on Monday (Jan 27).

In the 9.35pm incident on Sunday (Jan 26), a video showed the driver driving hastily through a parking lot, hitting several vehicles before crashing into a lamp post.

Police said early investigations showed that 12 vehicles, including the driver's, were damaged in the incident.

No other injuries were reported.

The case is being investigated under Section 42 of the Road Transport Act 1987 for reckless and dangerous driving. 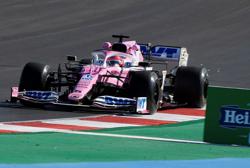 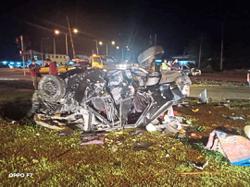