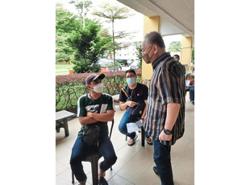 Its director-general Datuk Seri Shaharuddin Khalid said under the new system, learner drivers would no longer have a JPJ officer seated beside them during the driving test, as it would be done remotely.

“During the driving tests, the candidate will still have to go through the normal circuit.

“However, the examiner will no longer be in the car and will monitor the test from a control room at the driving institute.

“If the candidate hits a pole or commits any other mistake, the officer in the control room will know immediately.

“Through this initiative, we will be able to increase the integrity of our department.

“This is part of our digitalisation effort,” Shaharuddin said after attending the department’s monthly assembly here.

He said the automated system would also be able to reduce waiting time for learner drivers as dates for driving tests could be secured faster.

“One of the complaints we continue to receive is that students find it difficult to secure test dates as there are no testers.”

The DG said the e-testing system was currently being implemented as a pilot project at three driving institutes in Johor.

Besides automated driving tests, the JPJ’s theory tests would also be fully computerised.

Shaharuddin also said a total of 122 driving institutes in the country have applied to open computerised examination centres at their premises.

On the Chinese New Year celebrations, Shaharuddin said some 2,200 JPJ officers have had their leave frozen for a two-week festive Ops.

As part of the operations, he said JPJ would put officers in express buses to nab drivers who commit road offences such as speeding, using mobile phones while driving and overtaking at double lines.

“We will have at least two officers in a total of 148 express buses to keep a lookout for these offences. They will only nab the driver at the end of the journey,” said Shaharuddin.

Bus drivers will also be screened at bus terminals to check if they have valid licences and were fit to drive, he added.

“The JPJ, with the help of AADK (National Anti-Drugs Agency), caught a bus driver who tested positive for drugs before he was going to drive away,” said Shaharuddin.

On the car child-seat ruling, Shaharuddin said JPJ would continue its advocacy approach for the festive season.

“Since the ruling became mandatory on Jan 1, we have issued 525 notices to drivers whose children were not kept in child seats.

“The JPJ will gather some data by mid-year to see how many road users have complied with the ruling,” he said. 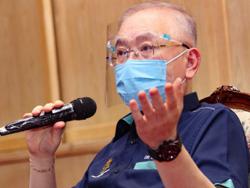