KLANG: The National Water Services Commission (SPAN) has cautioned that the water shortage in Alor Setar, Kuala Muda, Langkawi and Penang may prolong as the flow of raw water into the respective treatment plants could reduce due to the hot weather.

Its chairman Charles Santiago said SPAN was working closely with the respective state governments and monitoring the decline in water levels in the rivers and dams.

“If needed, the government, via the Malaysian Meteorological Department, will carry out cloud seeding activities in affected areas,’ he said.

According to Santiago, water levels at the Air Itam and Telok Bahang dams in Penang, at 61.5% and 39.2%, have not hit the red zone yet.

“The levels at both the dams are still above the critical level.

“If needed, raw water from the Mengkuang dam will be channelled to reduce the impact of low water levels and the risk of water disruption in Penang,’’ he said.

In Kedah, due to the hot spell, he said the operations in the Tupah and Merbok water treatment plants were unable to supply sufficient water to consumers in the state.

He added that a tube well wasbuilt in 2019 for emergency supply to treatment plants during hot spells.Santiago said that while climate change had a role in the phenomenon, failure in planning by the respective states also played a big role in the periodic water crisis.

He said in order to prevent the situation from repeating itself in Kedah and other states, stringent measures must be initiated.

“The first thing that must be done is for the catchment areas to be fully gazetted so that the ecology in the area will not be compromised. 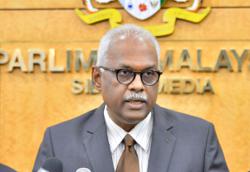 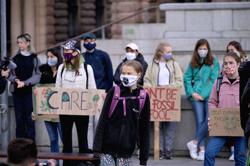