Education Ministry calls Ponggal a religious festival, Malaysians point out it is cultural in nature PETALING JAYA: A letter by the Education Ministry has described the Ponggal celebration as a religious festival, with many comments on social media pointing out that it is actually cultural in nature.

However, the letter does not ban any Ponggal celebrations in schools.

Checks with the Education Ministry confirm that the letter is genuine.

The letter has gone viral on social media, with many saying that the festival has nothing to do with religion and is instead a Tamil celebration for an upcoming harvest.

The letter, which was signed by Institute of Teacher Education deputy chief registrar Adzman Talib, who is also the Education Ministry deputy director general (school operation sector), states that the "Ponggal festival is a celebration for Hindu worshippers,"

The letter, dated Jan 13,2020, stated that it is "haram" for Muslims to take part in any religious activity of different faiths, according to Jakim.

The decision was made based on the 100th Meeting of the Jakim Syariah Experts Panel held last April on laws (hukum) regarding Muslims participation in Ponggal festivities.

The letter also states that Muslims should not insult the gods of other faiths.

"(Muslims) should wish friends and neighbours with no intention of renouncing Islam," he continued.

Ponggal is a Tamil harvest festival and is not exclusive to Hinduism or any other religion.

It is celebrated over three days and starts on the first day of the month of "Thai" in the Tamil calendar.

It is a celebration to mark a bountiful harvest and ushered in with the hope for a better year ahead.

The highlight of the festival is the boiling of milk and rice in a new clay pot and ensuring that it boils over to signify abundance. 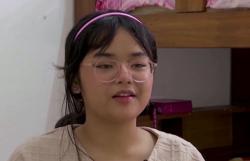