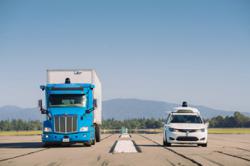 It’s official: The Proton Perdana will remain as the official car for all ministers and deputy ministers. — Bernama

PUTRAJAYA: The Proton Perdana will be the official car for all ministers and deputy ministers.

Finance Minister Lim Guan Eng said the decision was made after it was discovered that there was an adequate supply of Proton Perdana cars, despite initially being told that there was not.

He said the government wanted to maintain the Perdana as the official car but was told there was not enough cars to go around.

“We were given a second option. If there are not enough Proton Perdana, we chose another.

“But now it has been confirmed that there are enough Perdanas.

“That is why we will maintain the use of Perdana for ministers and deputy ministers, ” he said after the Finance Ministry’s monthly assembly yesterday.

It was reported that the government was in the midst of appointing a new company to procure official cars for senior government officers including ministers.

The appointment of the new company follows the end of a 25-year concession with Spanco Sdn Bhd in 2019.

The deal reportedly would have seen 32 units of Toyota Vellfire for ministers and 3,000 Honda Accord for senior government officials to replace the Proton Perdana and Toyota Camry currently being used.

The report sparked a public debate with many questioning the need for the government to indulge in luxury cars for official use.

Lim said the contract for the supply of government official cars was being finalised and an announcement would be made at a later date.

On another matter, Lim said the government was confident that Malaysia’s economy would fare better this year compared to 2019.

This, he said was because commodity prices were expected to be encouraging, de-escalation in the US-China trade war as well as the positive results from institutional reforms.

“We still maintain economic growth to be at about 4.7% as we can see that the growth is still healthy, ” he said. 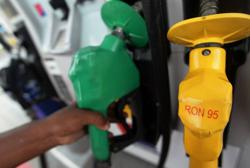