BUTTERWORTH: Influenza A (H1N1) may be spreading like wildfire but the disease is neither serious nor deadly, says a Penang Hospital consultant physician and infectious disease specialist.

Dr Leong Kar Nim, however, said while Influenza A was usually not fatal, people with certain conditions would be at higher risk of complications from flu.

“Those with no such conditions do not need specific antiviral and they can take paracetamol to feel more comfortable.

“Influenza A is a virus and antibiotics will not work against it, ” he said in a phone interview.

Dr Leong said the disease usually presents itself all of a sudden and the symptoms could persist up to a week and sometimes even up to 10 days.

“You can be totally fine in the morning but by the afternoon you will be down with a fever, muscle ache, lethargy and a scratchy throat.

“You will feel very tired and as the hours progress, you will get a runny nose and cough, ” he said and advised the public to avoid travelling and to stay indoors.

“Cover your coughs and sneezes with a tissue or your hands. Wash your hands immediately after touching your nose or eyes.

“Wear a mask if you have to. When you are down with influenza, drink lots of fluids and keep well hydrated.

“After you have recovered from your battle with the flu virus, seriously consider vaccinating yourself and your family against it. You need one influenza vaccine every 12 months, ” he said.

At SJK (C) Li Hwa here, anxious parents brought their children home after 19 pupils from the primary school were infected with Influenza A.

A school spokesman said they received a directive from the district Health Department to close down two Year Two classes after some pupils were affected by the disease.

The spokesman said the directive came at 5pm on Tuesday and due to time constraints, the school’s Parent-Teacher Association

posted a notice on Facebook for parents from the two classes not to send their children to school.

In the Facebook post, it was stated that several pupils from the two classes were infected with Influenza A, and that all pupils from both classes have been exempted from school beginning yesterday to Jan 20.

State Health Committee chairman Dr Afif Bahardin said the Health Department would usually suggest the closure of premises if two or more cases of influenza were reported to investigate and carry out disinfection work.

“We urge parents to vaccinate their children if they have not caught it.

“If you suspect that your child might have it, take them to get the test done, ” he said, adding that operators of daycares and schools need to be responsible for hygiene in the premises. 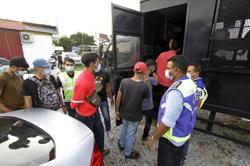 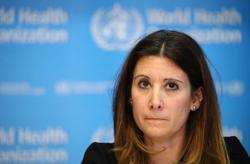