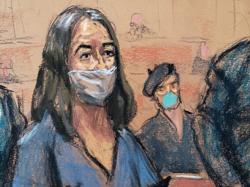 PETALING JAYA: MCA has called on the government to establish a national sex offender registry immediately.

MCA spokesperson Chan Quin Er said while a sexual offenders registry under the purview of the Home Ministry was proposed in 2017, it had yet to be set up.

"Such a registry should be made easily accessible online to all members of the public, searchable by name, year or area code, and include all types of sex crime offenders, not just paedophiles," she said.

"It is imperative that a national registry be created as quickly as possible, as it will raise awareness of the presence of predators," she said in a statement on Wednesday (Jan 8).

According to Chan, although Deputy Women, Community and Family Development Minister Hannah Yeoh announced that the ministry had come up with a child sex offender registry since April 1 last year, this registry service had several major drawbacks.

"We must not tarry when the wellbeing of women and children are at stake," Chan added.