KUALA LUMPUR: Tun Dr Mahathir Mohamad has welcomed the proposal to use a unified cryptocurrency for the Muslim world.

The Prime Minister said that he had suggested the idea of a unified currency for Muslim nations a long time ago but could not implement it due to sanctions by super powers.

"We can't always use US dollars, as its use will make us too dependent on the United States which can impose sanctions against us and will affect our economic growth.

"This is the first time we are hearing this idea (use of cryptocurrency) coming from Iran and Turkey.

"If we don't have US dollars, we can use our own currency or we can create a common currency," he told reporters after the roundtable session of the Kuala Lumpur Summit 2019 on Thursday (Dec 19).

Without naming the super powers, Dr Mahathir said that his ideas to introduce such currency had been thwarted a few times.

"This is because when we use a country's currency, it will give them strength.

"Actually, if we look at the United States, they are already bankrupt, because they have debt worth trillion of dollars and have yet to pay it.

"However, we still think that their currency is strong," said Dr Mahathir.

Iranian President Hassan Rouhani had earlier suggested that Muslim countries can cooperate closer in terms of banking and economy including the use of cryptocurrency under a unified currency.

The Iranian President had shared some of Turkish President Recep Tayyip Erdogan's views, particularly on using national currency instead of the US dollar for trade among Muslim countries.

“With new blockchain technology, we would be able to introduce a unified cryptocurrency to Muslim states with the cooperation of our central banks.

“In the past, Dr Mahathir had wanted to introduce the Islamic dinar. With such technology underway, we can set up a new currency for the Muslim world. The benefit of cryptocurrency is that it can cut through bureaucratic and market fluctuations, ” said Hassan in his speech.

He added that utilising cryptocurrency or unified currency for trade among Muslim nations can allow these countries to further independence, from over-reliance on the US dollar.

Some 450 delegates comprising leaders, intellectuals, politicians and non-governmental organisations from 56 countries are attending the four-day summit

amid criticism from the Organisation of Islamic Conference (OIC) for undermining the Saudi-based global body representing Muslim nations and organisations.

The idea for the Islamic dinar was first mooted by Dr Mahathir after the 1997 Asian financial crisis.

Meanwhile, Erdogan said such conferences are not only important for discussing issues faced by the Islamic community, but to find solutions to such issues.

Some areas, he added, that Muslim countries can look into to broaden partnerships include banking, finance, technology and education.

He mooted some suggestions for ramping up collaboration between Muslim countries, such as increasing academic exchanges between students and conducting bilateral trade in their own currencies instead of relying on foreign currencies.

Islamic finance, he added, should be prioritised and expanded as there is great potential in such financial systems.

During the roundtable, Dr Mahathir pointed out that Muslim countries are too dependend on Western countries.

“In order to be independent, we should resist the influence of foreign countries, which intend to see us fighting each other so that we can never be strong, ” he said.

He added that Islamic countries should also try to resolve differences amicably.

“Fighting, killing, wars - will never solve any problems. It is far better to have negotiation, or arbitration or the court of law in order to resolve any conflicts, ” he said. 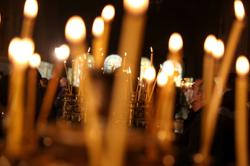